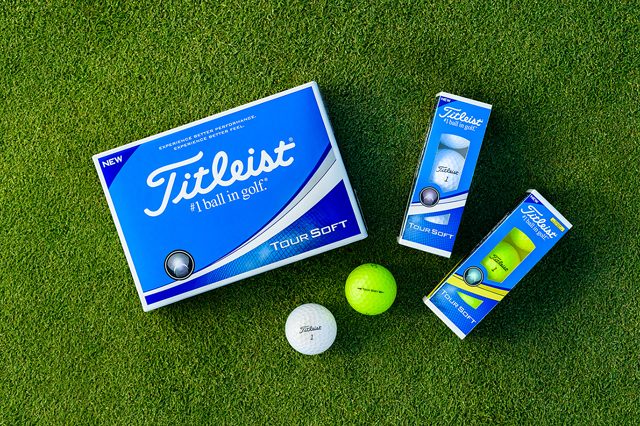 Potentially forgotten in all the coverage given the introduction of the AVX, its latest premium golf ball, is the fact Titleist has also brought to market another very good ball this year the Tour Soft.

While some may lament the passing of Tour Soft’s predecessors, the NXT Tour and NXT Tour S, my analysis is the new 2-piece Tour Soft is a combination of both and the description of what Titleist accomplished is very straightforward.

Looking at the golf ball market the company saw “soft-feel” golf balls becoming a factor with the Bridgestone Tour B RXS, the Callaway Chrome Soft and the TaylorMade TP5 gaining traction. With Titleist being the dominant ball brand, their strategy is to not only make the top selling model in the premium price category but to effectively compete in each of the less expensive categories as well. The three competitors soft-feel models listed are all premium priced at $45 per dozen, a notch less than Titleist’s flagship Pro V1 and Pro V1x (plus now the AVX) selling for $48. The old NXT Tour and NXT Tour S were less expensive at $35 per dozen so the new Tour Soft carries the same price.

The goal then was to make the best ball at the mid-$30 price point to perform at the top of that category.

To do this the core of the Tour Soft was made very large, in fact larger in diameter than any core Titleist has ever made. At the same time the core had to have lots of rebound to be able to produce high ball speed and formulated to retain the required soft feel with relatively low spin. The cover, while not the urethane of those models in the premium category, is very thin and made with a blend of four materials so it can provide greenside control. The other part of the story are the dimples.

According to Titleist the pattern is a “spherically-tiled 342 cuboctahedron” design which is beyond my ability to describe so won’t try, but the bottom line is the configuration delivers a penetrating trajectory especially off the driver and long irons.

On the course after more than ten rounds we can say the Tour Soft performs as advertised. Reviews were mid-handicap players and two of them, one a 12-handicap male and the other a 17-handicap lady, said the Tour Soft was significantly longer off the tee. “I know it goes farther than any of the balls I’ve been playing,” according to the male with the lady echoing her approval of the distance from the Tour Soft. Other reviewer comments were almost 100% positive saying the Tour Soft driver distance was in the range of or better than what they were used to from the golf ball they usually played.

My personal experience with the Tour Soft mirrored the distance comments and that it was very consistent on pitches and chip shots. Once gaining familiarity of how it played, distance and trajectory on those two types of shots was easy to achieve. All the rounds were played in Florida where the wind is a constant factor and not one drive or iron shot produced a “balloon ball” even when contact wasn’t exactly pure.

The bottom line is simply if you want to bring to your game the advantages of a low- compression, lower spin, soft-feel ball with good trajectory so it stops on the green the Titleist Tour Soft is one you must put on your list. It is available in both white and optic yellow.