Callaway introduced the Great Big Bertha Epic, a driver that incorporates innovative Jailbreak ball speed technology, which changes the fundamental way the head behaves at impact, delivering added distance for every category of player. “Jailbreak Technology creates a new and remarkably efficient working relationship between the face, crown and sole to promote faster ball speed across more of the face to give the golfer more distance,” said Dr. Alan Hocknell, Callaway’s senior vice president of R&D.

The key structural components of a driver – crown, sole and face – deform at impact. Because they’re connected, they influence each other’s dynamics. Jailbreak incorporates two slender titanium bars positioned parallel to each other behind the face, connected to the crown and sole. The size, strength and position of each bar creates a dynamic relationship between the components, which results in a profound change in how the head behaves at impact, producing more speed across a much larger area of the face.

Epic’s clubhead consists of an aerospace-grade titanium Exo-cage outfitted with a crown and sole panels made of triaxial carbon, an extraordinarily light and strong composite material developed by Callaway. Nearly half of the head’s surface – 46 percent — consists of triaxial carbon, with the crown weighing just 9.7g and the sole a mere 5.8g. That’s the lightest crown of any Callaway driver currently on the market.

It’s multi-material structure is incredibly light and strong, with a high MOI and a low, deep back CG that makes it very easy to launch the ball on a high trajectory with low spin. Epic’s increased accuracy is rooted in Callaway’s Adjustable Perimeter Weighting technology, which allows golfers to quickly and easily adjust the club to fit their swing.

Epic’s track has been redesigned and the sliding weight has been increased to 17 grams for good reason: to deliver a full 21 yards of shot-shape correction (a 22 percent increase compared to last season’s Great Big Bertha) and to dial in a straighter, more accurate flight while maintaining a high MOI.

Head speed gets an additional boost from Callaway’s Speed Step technology. Devised with the help of aerospace experts, Speed Step, located on the crown, improves head aerodynamics. Engineers paid particular attention to the shape, aesthetics and acoustics to make Epic especially pleasing to the eye and the ear. Triaxial carbon weave, visible on the rear half of the crown, along with the vibrant green highlights, give Epic a strikingly different appearance. 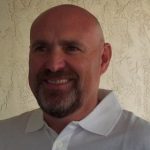 Leonard Finkelhttp://www.secretstogolfandlife.com
Leonard Finkel is the author of The Secrets to the Game of Golf & Life and former editor in chief of Golf Journeys Magazine. His work has been featured in almost 200 publications including Golf Magazine, Golf Digest, The Wall Street Journal, USA Today, Golf Illustrated, Golf Tips and Player Magazine. He has written more than a dozen cover stories for Golf Today Magazine. He has written extensively about golf and travel and added poker to his writing repertoire and also works as a marketing and public relations consultant. Prior to his career in golf, Finkel owned a chain of retail stores and a consulting and import company based in Asia. He attended the University of Utah.
RELATED ARTICLES
Golf Equipment

After Half a Season