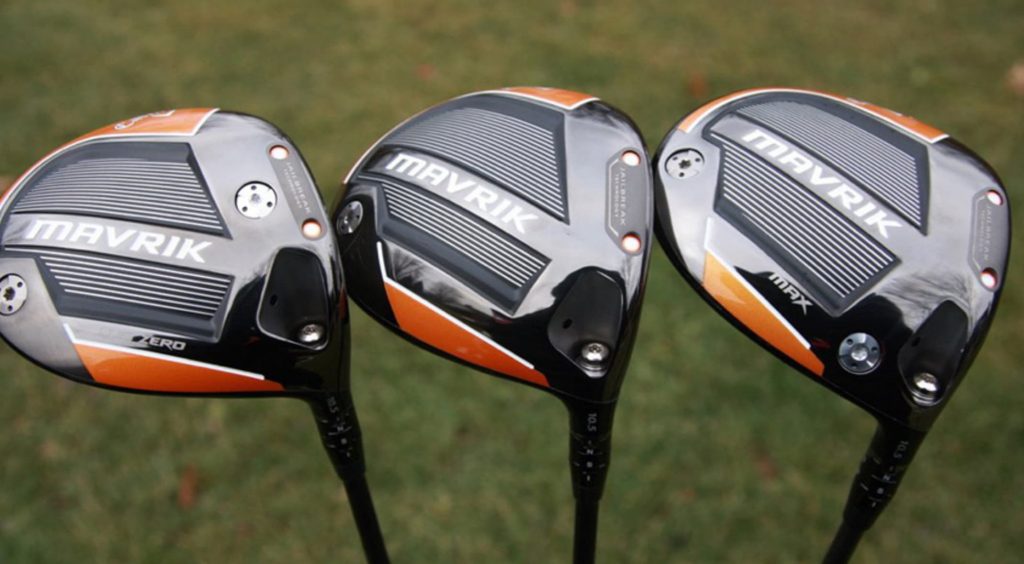 Apparently, Callaway has spent the past several years gathering information. Oh sure they’ve sold a ton of Epic, Epic Flash and Rogue drivers, you see them everywhere. And that’s where a lot of this new information has been gleaned.

It seems to have started back in 2016 when they launched Jailbreak Technology in the Great Big Bertha Epic driver. Callaway first introduced A.I last year when they rolled out the Epic Flash. This year they once again looked to their supercomputer to come up with the right formula for faster ball speed, forgiveness, and a better sound. Their newest line of A.I. engineered golf equipment is the MAVRIK and includes the full lineup of equipment: drivers, woods, hybrids, and irons. MAVRIK replaces the Rogue line which had a relatively short life span of two years; I’m not sure what that is in “club years!”

Callaway took all of the data they had amassed over the past few years to come up with the new shape and design of the MAVRIK line. By using A.I., Callaway was able to create a new Cyclone Aero shape that reduces drag and produces faster clubhead speeds. A.I. also helped Callaway design the all-new Flash Face SS20, which promotes faster ball speeds across more of the clubface area regardless of the model or loft. More about that in a minute.

The clubhead has been created from FS2S titanium, which is extremely strong and lighter than your everyday, run of the mill titanium. This optimizes speed, forgiveness, and spin rate. Two Jailbreak bars connect the sole to the T2C Triaxial Carbon Crown promoting faster ball speed, and a redistribution of weight for a higher MOI. It sounds great too!

There are a few shaft and grip options available for your new MAVRIK driver; quite a few actually if you don’t mind shelling out some extra cash. Standard shaft options include the UST Helium Black (40g class), Project X’s Evenflow Riptide in the 40/50/60g classes and the Aldila Rogue White 130 MSI in the 60/70g class. A gray Golf Pride 50g Tour Velvet Align grip comes standard but can be ordered with extra wraps to create a mid-size or jumbo grip. The Bronze/Black/White color scheme is eye-catching however if you prefer something different, I urge you to order your new driver from the Callaway website where you can customize the colorways.

Three models make up the new MAVRIK driver line. Within each model, Callaway produces different Flash Faces. MAVRIK is the standard model and will appeal to the majority of players. It offers mid-level spin and a moderate draw bias coupled with Callaway’s new Cyclone Aero shape which features a flatter crown and sweeping sole from front to back. This is designed to increase clubhead speed.

The MAVRIK Sub Zero model is aimed at the better player segment of the market. It’s Callaway’s lowest spinning driver, yet it still produces high MOI. The head is about 450cc compared to 460cc in the other two models. While it may have the smallest head, it has the most versatility in settings and adjustability including 14g and 2g weights to alter ball flight and spin rate.

MAVRIK Max is targeted at players who want a long, easy to launch, easy to hit driver. The draw bias also helps slicers be less so.  Its large footprint boasts the highest MOI and launch of all three models. If you’re a golfer who struggles with a consistent strike pattern and need help keeping the ball in the fairway, this may be your best bet.

I’ve now played several rounds with my new MAVRIK driver and two words quickly come to mind: LONG and FORGIVING. I think that’s exactly what the company wants to hear. I spent my first round fiddling with the settings; changing the loft and bias on almost every hole. By the second round, I was pretty sure I had it “dialed in.” By the third round, I started hitting straighter, longer drives than I had in years. The way the ball flies off the clubface is incredible; shots you didn’t think you got a hold of will surprise you when you chase them down. It’s also easy to shape shots. I have it set on the standard bias and hitting a draw or fade is effortless.

I played with a friend of mine recently, we have pretty much even in terms of distance. That was the pre-MAVRIK era. Post-MAVRIK I am easily twenty yards by him; ten if really gets a hold of it! My number of fairways hit off the tee has increased dramatically as well; that is if I don’t hit through them!

The Epic Flash driver was the bestselling driver of 2019. With a retail price of $500, it remains to be seen if MAVRIK can duplicate the feat. Stay tuned…!