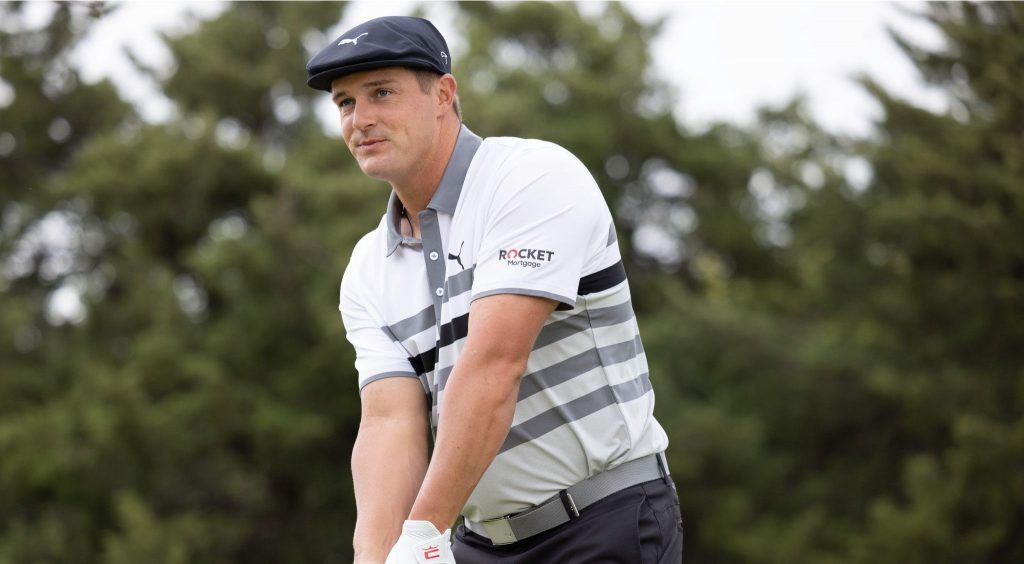 Bryson DeChambeau is about to play the Masters, and many people think he’s going to win. This former amateur winner has impressed many with his ability and determination, but can he really take the Green Jacket this year.

What The Bookies Think

DeChambeau is not the bookies’ favorite to win, but he is joint number two in the Masters Betting Odds with Jordan Spieth (second to defending champion Dustin Johnson). The margins between everybody in the top 5 odds are slim (the range is only from +900 to +1200 with DeChambeau sitting at +1100). What can be inferred from this is that the Bookies know that this is anybody’s battle at the moment, with no clear sportsman taking the lead.

DeChambeau doesn’t seem to be letting the stress get to him, he looks in sound mind and physical condition following several tests. He tacked on over 40 pounds of muscle mass for his 2020 performance, and this dedication to his physical state has allowed him to become the longest driver on the PGA tour.

However, he has been known to crack under pressure before – just look at his performance in the November Masters, in which he tied for 34th after being the pre-Masters favorite to win due to a par of 67 at the Augusta National. However, since then, he won the Arnold Palmer International and is leading the PGA tour with a par of just over 69. His power is definitely his strength, but he is the first to recognize that power isn’t all there is to a good game: “length is only as good as you can hit your next shot, is what I always say.”

DeChambeau is also boasting a brand new weapon to give him some extra confidence – a new driver, the Cobra RadSpeed newest model that has just been announced to conform with the U.S. Golf Association. It has a 5.5 degree face, but DeChambeau is modifying it to 4.5 degrees – you can tell he is going for length with his drives, trying to cling on to the title of the most powerful driver in the PGA tour.

What’s more, his new RadSpeed is thick and durable, which is a good thing with Bryson’s powerful hits – don’t forget he broke his 4-iron in the Players Championship.

DeChambeau is very clear that his length doesn’t detract him from being an all-round golfer, and he’s adamant that he has been focusing on his ball control to improve his all-round game. His weakest side seems to be his brain – last Masters he got dizzy and felt some stomach inflammation, which doctors say was due to his frontal lobe just working too hard. He has since been tested by several different doctors, has been scanned and measured in detail, including with ultrasounds. They found a small breathing problem, but he has been exercising his breathing and feels fine. If he doesn’t perform well, it’ll likely be due to a recurrent bout of dizziness or stomach pains.

Share
Facebook
Twitter
Linkedin
Email
Previous articlePlaying A Few Rounds on the Coast of Mississippi
Next articleUnder Armour Golf Apparel – Look Ahead At Some Great Styles!