When I think of CobraPuma, I think of Ricky Fowler and I associate Ricky Fowler with the color orange. In fact I have several pieces of Puma apparel and footwear that are orange – for that I blame Ricky! What I’m getting at is that when I think of CobraPuma (or maybe PumaCobra), I think apparel first, not golf equipment. That’s a shame because from what I’ve seen (and tested) of their golf equipment has really impressed me. The new Fly Z+ driver is no exception.

Last year’s product, the Bio Cell line, showed that Cobra was continuing to innovate and improve from an engineering standpoint. In 2015 the innovations continue and the Fly-Z line is likely to surpass the performance we saw from the Bio Cell. This is due to a few new/improved features: a Flip Zone Weight System, a Speed Channel, a carbon fiber crown and sole inserts, which are thinner and stronger than titanium, reducing weight by about 8 grams.

So let’s break down the Fly-Z moniker. Instead of “cells” like the Bio Cell used, Fly-Z uses “zones”. These zones place weight throughout the clubhead more strategically. “Fly” comes from the fact that it keeps the ball in the air longer. Hence Fly-Z+. And there you have it.

When it comes to driving the golf ball and getting the most out of each tee shot, there seems to be two schools of thought. Some golfers prefer to gain yards by maximizing their carry distance while others prefer a lower ball flight that maximizes the roll. Cobra’s new Fly-Z+ driver with its Flip Zone weighting system satisfies the wants and desires of both players.

The Flip Zone is a 15-gram weight (an aluminum shell filled with tungsten nickel) that can be maneuvered into either the front or back weight port, which shifts the Fly Z+’s center of gravity (CG) by 4 millimeters. With the weight in the front weight port, you create a mid-launch angle with up to 400 rpm less spin, and a penetrating ball flight that results in more roll (aka maximum distance). With the weight in the rear weight port, the mid-launch angle creates an additional 400 rpm of spin and produces a towering ball flight (aka maximum distance with more carry). Either way, the ball’s going further down the fairway.

As I’ve begun to play around with the Fly Z+ driver, I’m convinced that there’s more to maximizing distance than just a slight change in CG; I believe Cobra’s Speed Channel Technology has a lot to do with it as well. Since switching over to the Fly Z irons, I’ve seen an increase of over 15 yards in my seven iron from my old set (which shall remain nameless).

The Speed Channel on Cobra’s Fly-Z driver is different from the slot technology other companies use.
Unlike the trampoline effect that catapults the ball off the clubface in competitor’s clubs, Cobra’s Speed Channel is located on the perimeter of the face. This allowed Cobra’s engineers to move 2 grams of weight lower in the club head. According to Cobra, that subtle change increased the size of the sweet spot by 18 percent, which has led to as much as 3 extra yards on toe hits and 2.5 yards on heel hits.

With the Fly-Z+ driver, you’ll be finding more fairways, assuming you make decent contact. And you’ll know if you made solid impact from the loud crack you’ll hear at impact. It’s not annoying but it is noticeable. Miss hit the ball and you’ll be surprised how far it went anyway.

With the weight in the front position, the Fly-Z+ produces a strong boring ball flight that holds its path even in a strong wind. The clean lines on the clubhead make it easy to aim and the club looks solid at address. The Cobra Fly-Z+ driver is targeted at the scratch to 15 handicapper.

Over the last several years, Cobra Golf has shown that they are dedicated to becoming an elite golf club manufacturer. They also claim that the Fly Z+ is their longest and most forgiving driver to date.  After playing it for several months, I can’t argue either point. The Fly-Z+ driver is available at most major golf retailers and online golf shops. You can also get more information and buy directly from Cobra at www.cobragolf.com. 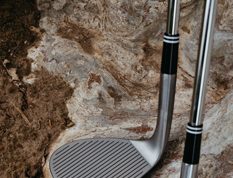 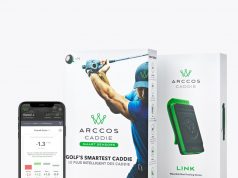 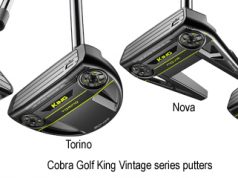 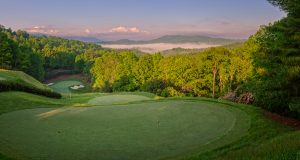