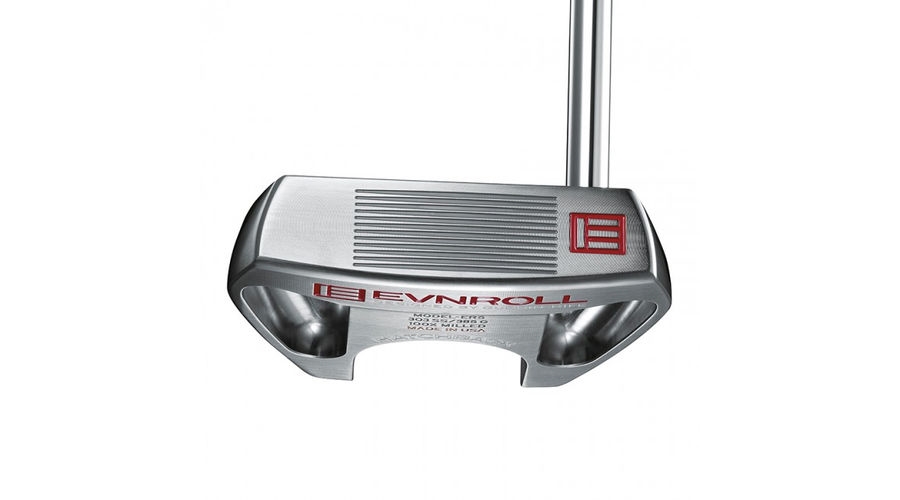 Good old Guerin Rife is back with a vengeance! This man knows how to make putters. To keep it short and sweet, I believe his new EVNroll ER5 Hatchback has to be one of the very best putters EVER manufactured.

The way the ball rolls, the feel and the aesthetics are top notch. When I went to visit EVNroll’s offices in Vista, CA, Guerin showed me how and why his EVNroll technology simply outperforms any other groove technology on the market (TR Groove Technology). We compared my gamer, the PING Ketsch against the two EVNroll putters in his office. To get more acquainted with Guerin’s technology visit https://evnroll.com/technology/.

Bottom line, using the two putters with Guerin’s groove technology was eye-opening, especially when you see it on his track board, but more importantly was the fact that even on mishits, the ball not only traveled the same distance but ended up in the same spot! This equals more putts made. My PING putter, however, produced shorter shots/rolls with various dispersion angles.

This past October while at the Shriner’s Tournament at TPC Summerlin, I acquired the EVNroll ER5 putter, put on the new Garsen Quad Tour grip, and under the watchful eye of both Retief Goosen and EVNroll’s Tour rep, proceeded to drain 9 out of 10 putts.