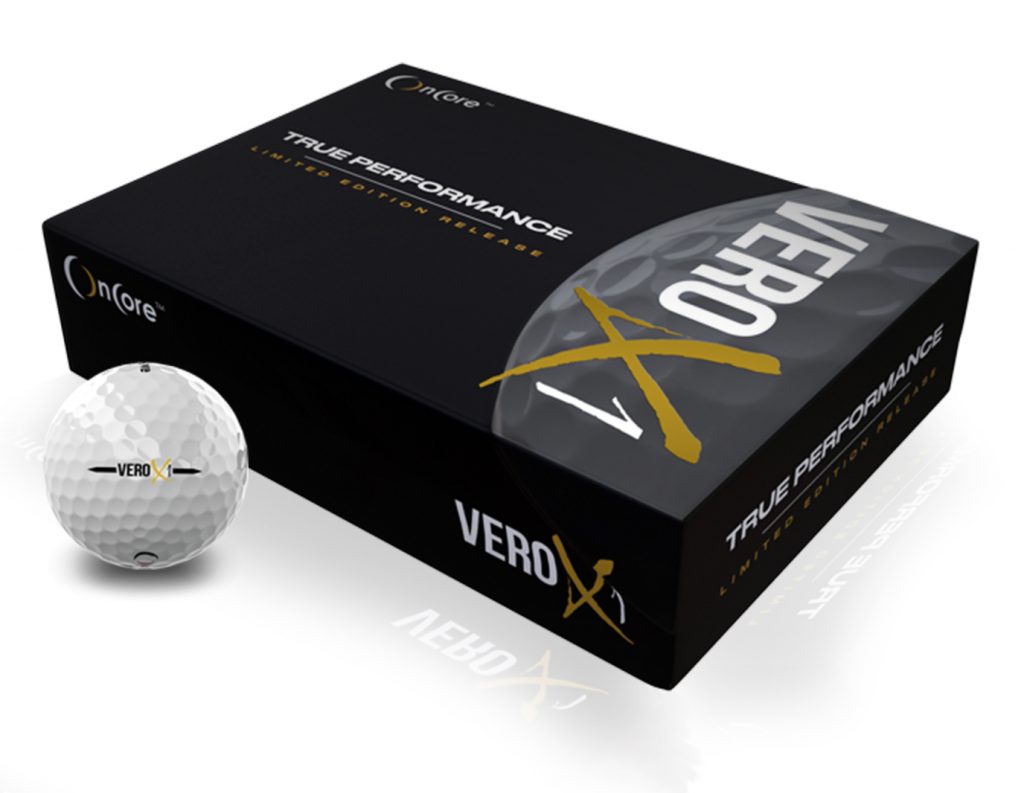 It all started in 2011 with a hollow metal core golf ball that shook the very foundations of the golf ball industry. Fast-forward a decade, and its four-piece Tour ball, the VERO X1, outdueled the Titleist Pro V1 and Pro V1x in independent testing, proving to be longer and straighter with the driver and irons.

Looking ahead at 2022 and beyond, its continued evolution will include a menu of golf innovations including high-performance, perimeter-weighted golf balls, off-course golf entertainment, data science and more. The company? Well, it’s OnCore Golf, proudly based in Buffalo, N.Y. – not a city traditionally associated with the golf industry.

The group has been affectionately dubbed “Team OnCore.”

“Team OnCore is an eclectic mix of golf professionals, professional athletes, investors, and influencers who understand and appreciate the way we’re disrupting the golf ball market through our proprietary designs and direct-to-consumer business model,” says OnCore Co-Founder Steve Coulton. “It’s all about coming together over a common cause and belief system.”

Coulton, along with long-time friend and business partner Bret Blakely founded OnCore during a period when investment dollars were running away from the golf industry, not toward it. Coulton and Blakely are big fans of the “Blue Ocean” business concept of pushing toward the open, unexplored waters rather than swimming around with the sharks.

“My father likes to say OnCore is an overnight success story that’s been ten years in the making,” says Bret Blakely. “But building something special takes time, and we like to think we’ve done it the right way.”

And it just so happens that Bret Blakely’s father is OnCore CEO Keith Blakely, a self-described serial entrepreneur, investor and specialist in advanced materials and nanotechnology. It was the elder Blakely who led the design of the aforementioned hollow metal core ball that led the USGA to re-write its allowable golf ball technology rules for only the second time in 100 years.

“I’ve always viewed OnCore in three verticals,” Keith Blakely says. “The is first golf ball design, the second is golf-focused technology and the third is experiential golf facility development. These are not disparate things. They’re an interrelated solar system of tech and products to help propel the game forward exponentially.”

OnCore doesn’t hesitate to leverage its inherent technological advantages when it comes to golf ball design and engineering. Its biggest innovation trump card is its proprietary perimeter weighting, which creates an increased moment of inertia and centrifugal forces.

This in turn results in lower driver spin rates, tighter dispersion, extended aerodynamic lift, and more consistent and stable flight. In other words, OnCore helps golfers hit it longer and straighter while providing more control around the greens. What golfer doesn’t want that?

Keith Blakely and senior technical advisor John Calabria are the driving force behind the development of the company’s current three-tier line: the two-piece, super-soft, low-compression AVANT 55, the three-piece mid-compression ELIXR and the VERO X1. All three have racked up numerous awards and accolades including Gold and Silver medals on Golf Digest’s vaunted Hot List.

As for Calabria, the South Carolina-based golf ball pioneer’s name is on no less than a dozen patents for golf balls and clubs including Titleist, TaylorMade and Maxfli. He and Keith Blakely are evangelical about leading-edge technology and new materials being the driving forces behind golf ball innovation.

Golf ball sales drive the majority of OnCore’s revenue and fuel the fire of invention. For example, the company is developing the “iRoll” ball aimed at mini-golf facilities and putting courses. iRoll is a “smart ball” that delivers unprecedented data about golfers’ putting strokes.

And innovation doesn’t stop on the putting green. The next iteration of the iRoll ball is a “GENiUS” ball golfers can take out on the course to measure ball speed, spin rate, distance and more. Think launch monitor, but infinitely more affordable and accurate in terms of actual playing conditions.

Helping golfers get better, fast, is part of OnCore’s recipe for growing the game. The other element is ensuring they enjoy the journey. In partnership with experts and investors in adjacent industries, OnCore is helping to pioneer numerous other golf-focused innovations. OnCore leadership is prone to saying, “stay tuned to find out what OnCore will do next.”

“From day one we’ve been not only committed to growing OnCore, but to growing the game of golf as well,” Bret Blakely says. “For us, the key is helping golfers play better and lower their scores. If they’re loving the game, they’ll stick with it. That’s been our mission for the past ten years and we’re excited to have it continue for the next ten.”

Best of Show – A Few of the Items Attracting Our...