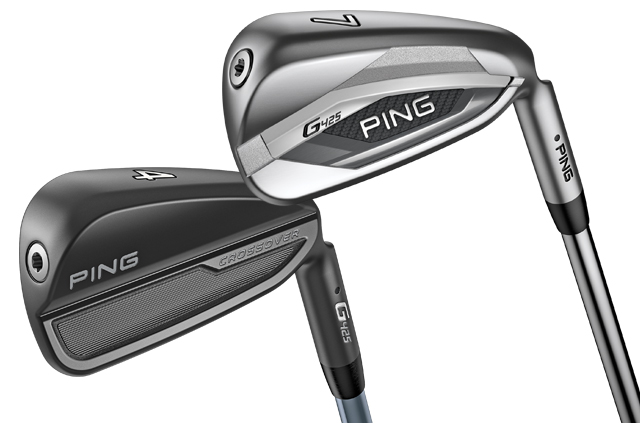 The re-engineered variable thickness face of the G425 irons is similar in concept to that used in woods. G425 Crossovers are substitutes for hybrids and long irons.

WYNTK:
The hyper steel face of the G425 irons have a variable thickness similar to the face of metal woods and combined with the construction of the sole and top rail, which act like a hinge, improve ball speed and spin. Ping says the benefits are seen in both distance and control and with the perimeter weighting make for a playable, forgiving iron that should attract golfers with a range of skill levels.

G425s also from Ping lab testing have a 3% higher MOI than the preceding G410s and dispersion is tighter. The cavity badge is made of three pieces and is larger helping to cut down on impact vibration and contributing to a solid feel.

Ping also makes them available in the Power Spec Loft (5-iron 22°, pitching wedge 42.5°) if additional distance is a factor in selection without having to bend the hosels.

G425 Crossovers are similarly weighted and have a thinner maraging steel face than the preceding model Crossover with a 6.5% increase in MOI or resistance to twisting. Available in lofts of 2, 3 and 4 irons they are meant to fill in between irons and fairway woods for those that favor hitting irons rather than hybrids.