Golf Travel by Design in the Carolinas: From Hilton Head to Pinehurst, These Carolinas Golf Course Architects Have Left Their Mark 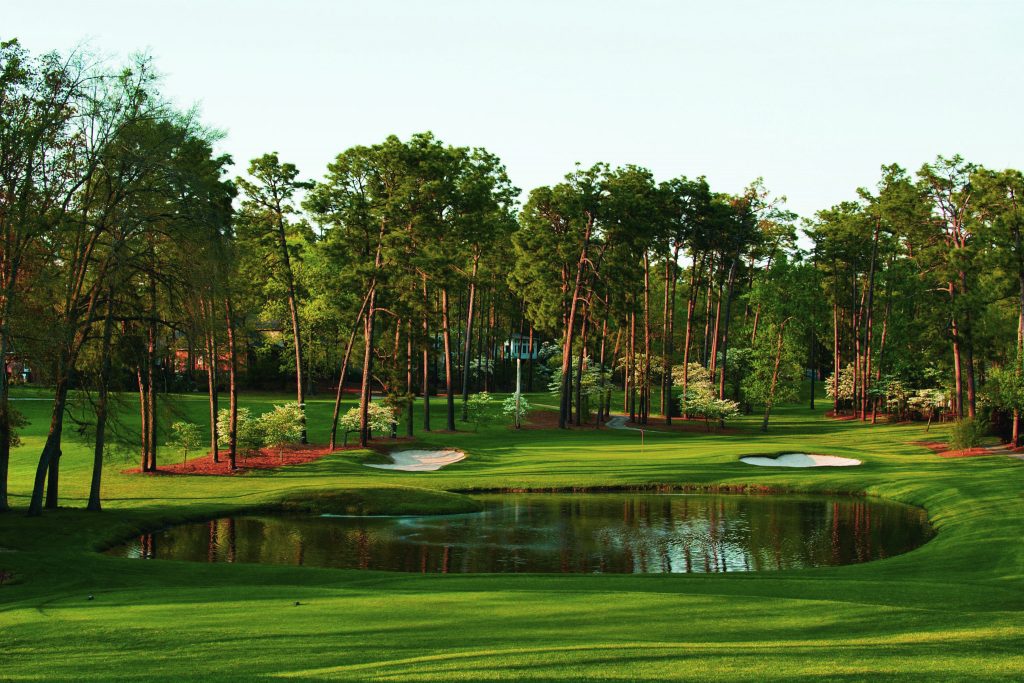 But over the years, the Carolinas have cultivated their own crop of talented golf course architects who’ve set up shop in these two golf-rich states.

For aficionados who collect not only courses but course designers, here’s a shortlist of venues to check out next time you’re traveling to, or through, the Old North or Palmetto States.

Dan Maples is part of the “first family” of North Carolina golf course architecture, which includes his late father, Ellis and uncle, Henson. Based in the Village of Pinehurst, Maples built a reputation, in part, on his ability to craft eminently playable, always enjoyable mountain-style courses.

Apple Valley at Rumbling Bald Resort in Lake Lure, N.C. is a case in point. Remarkably, Maples routed the layout so that 75% of all shots are either level or downhill.

It’s on schedule to reopen late summer of 2020 with new smooth-rolling Champion Bermuda greens on all 18 holes. Paired with sister course Bald Mountain, the dynamic duo makes for a compelling western Carolina combination.

Hilton Head Island-headquartered Clyde Johnston cut his teeth with venerable architect Willard Byrd in the early 70s. He moved on to work with Gary Player, Ron Kirby and Dennis Griffiths, but returned to work for Byrd, who was inundated with work in Myrtle Beach at the time.

Johnston has dozens of Carolinas design credits, but one of his true masterpieces is his redesign work at Sea Pines Country Club’s Club Course, just down the road from his office.

In 2001, he artfully rebuilt Arnold Palmer and Frank Duane’s original 1973 design to create a modern masterpiece that excels quietly in the shadow of Harbour Town Golf Links next door.

Sea Pines Country Club is a private, member-owned club. Traveling golfers looking to hang up their soft spikes and call Hilton Head home can play the Club Course via scheduling a full tour of the award-winning club and all its amenities.

Its setting along an expansive Lowcountry tidal marsh and close-knit family vibe make it a popular choice among golfers relocating from points north.

It’s impossible to separate Pinehurst Resort from Donald Ross, and Ross from Pinehurst Resort. The two are intrinsically bound, as Ross not only designed famed No. 2, underrated No. 1, and recently restored No. 3, he lived just off the third green on No. 2 in fabled Dornoch Cottage.

Ross was Ellis Maples’ mentor in the mid-to-late 20s, as the “would be king of Carolina golf” went on to craft 60 courses across the Southeast, mostly in North Carolina.

The par-3 14th, known as “The Cathedral Hole,” is one of the area’s most picturesque. This one-shotter channels the par-3 12th at Augusta National, with a green complex encircled by ancient Loblolly pines and colorful dogwood trees.

Much like his famous father, Pete, who designed aforementioned Harbour Town and the Ocean Course at Kiawah Island Resort, P.B. Dye is an adopted son of the Carolinas.

His wife, Jean, graduated from the University of South Carolina in Columbia, and the two never miss an opportunity to catch a game in Williams-Brice Stadium.

P.B. fell in love with the Eighth State in the 90s, and left his mark on the Greenville area with Cherokee Valley Course and Club.

Situated in the foothills of the Blue Ridge Mountains, Cherokee Valley displays numerous Dye characteristics while offering an exceedingly playable golf course with only a smattering of blind shots and uneven lies.

The par-3 eighth hole (soon to be the sixth hole when the layout is reconfigured with the opening of a new restaurant, Core 450) features a 70-foot drop from tee to green and a panoramic view of Glassy Mountain in the distance.

Meandering along the shores of Lake Thurmond, Greenville, S.C., native Tom Jackson brings water either in-play, or nearby, on every hole at Hickory Knob Golf Course. The course’s decidedly differing nines are separated by a ridge running through the property.

The lake makes itself known on the final three holes, its final act being an approach shot over water to the green on the par-4 18th.

Hickory Knob is actually owned and operated by South Carolina’s state park system – a sure sign the state embraces the game. Golf packages are even available with lodging in the park’s Lodge Rooms, Cabins or “Group Barracks.”

Byrd’s architectural family tree has many limbs, and in addition to Johnston, Sunset Beach, N.C.-based Tim Cate is another of the late Atlanta-based architect’s mentees. An independent spirit with a unique eye for both dramatic and strategic design, Cate split from Byrd early in his career to hang his own shingle.

The course that put him on the Myrtle Beach-Grand Strand golf map was Tiger’s Eye at Ocean Ridge Plantation. Opened in 2000, Cate’s early piece-de-resistance is a visual cornucopia of locally harvested coquina boulders, waste areas and native grasses.

Golfers tend to remember par 3s, and Tiger’s Eye’s collection of one-shot holes rival any course in the region, if not the state.