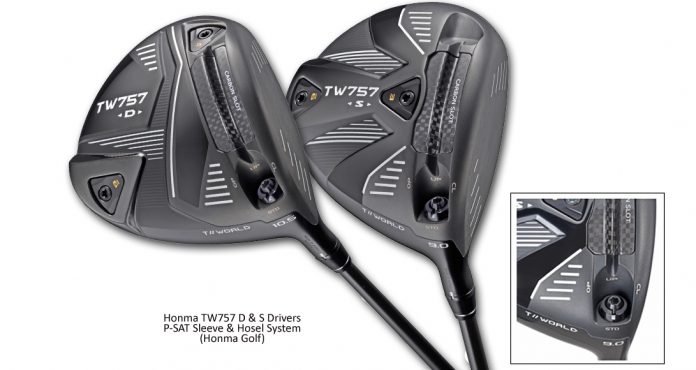 Honma Golf has announced two new TW757 drivers, the D, and the S, making use of a unique sole slot made with titanium reinforced using carbon fiber plus a non-rotational hosel sleeve to maintain shaft spine position.

WYNTK
Both the TW757 D and TW757 S have Honma’s Keel Sole that lowers the head’s center of gravity while increasing the resistance to twisting but the more unique feature of these two new drivers is the hosel adjustment sleeve.

Called the P-Sat Adjustment System it allows both the loft and face angle to be changed without altering the shaft orientation. This means the shaft spine remains its original alignment while obtaining the most efficient ball trajectory.

In both models the crown is reinforced by internal ribs to stiffen it and improve energy being transmitted to the variable thickness face.