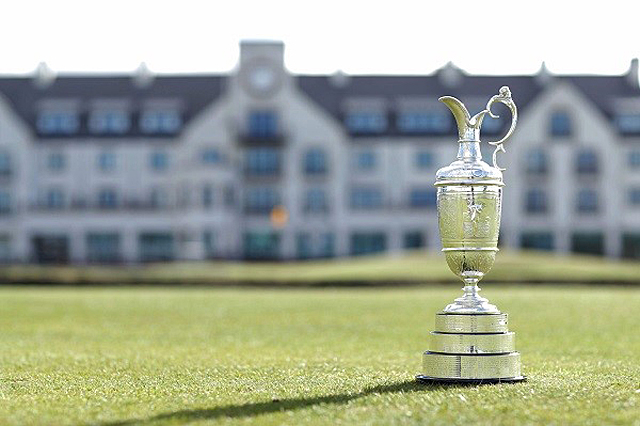 Truth time. My favorite majors are the Masters and the British Open and that’s not saying anything against the PGA Championship or the U.S. Open, just my view. This past week at Carnoustie, the most northern course on the Open rota, we got to see the 147th playing of the world’s oldest major and Francesco Molinari was certainly a worthy Champion Golfer of the Year.

We also had the chance for a few observations, hopefully cogent and worth reading.

The Course
The R&A found the time to test the face rebound of 30 drivers used by contestants and all of them passed muster…not too much trampoline effect. They were able to engage in this equipment certification exercise because they didn’t spend endless hours attempting to trick up the layout, trick the players or otherwise mess around with an already immensely difficult course. On Wednesday Carnoustie’s fairways were tested by the Golf Channel and had a Stimpmeter reading of 9.2; less than the greens but not by a lot which probably averaged 10 for the week.

The British Open is played au naturel and unlike our national golf association the R&A doesn’t seem to have an agenda to “preserve par” or push the greens to the edge of extinction. Even Tiger Woods agrees the R&A has the right idea saying after his round on Thursday, “…this is how the game should be played. It should be creative.”

Difficult for sure and unfair at times applies to every Open and especially the 2018 Car-nasty event. But who cares. It is compelling to watch.

Tiger
If you are Woods fan his performance for the week was encouraging and if you’re not it was confirmation his struggles to close out a tournament once in position to win. Since his return from back surgery and other personal problems his pattern has been reasonable play in the first two rounds then almost lights out in the third round where he has the best scoring average on the PGA Tour. We saw this clearly at Carnoustie and to win on Tour, much less another major, he must relearn how to close.

Woods T-6 performance in Scotland did achieve one thing. He advanced from 71st in world to 50th giving him a spot in the WGC Bridgestone Invitational starting on Aug. 2nd which is played over Firestone CC (South) in Akron where he has won eight times.

Long Ball
Molinari’s win should again point out the fallacy of the argument the golf ball goes too far. The Champion Golfer of the Year is ranks 53rd in driving distance on Tour and 79th in driving accuracy. It’s likely however advocates of “rolling back the ball” will either ignore these facts or put it down to a never to be repeated Carnoustie fluke.

Television Coverage
How anybody could have serious complaints about the 50 hours of live Golf Channel/NBC Sports coverage says reams about the critic’s lack of knowledge about the massive effort televising an outdoor sports event requires. And while we are on the subject, special kudos goes to the producers. For the third year at least one shot of each of the 156 players was shown on television. “If you’re good enough to qualify for The Open, you deserve to be seen on TV.”