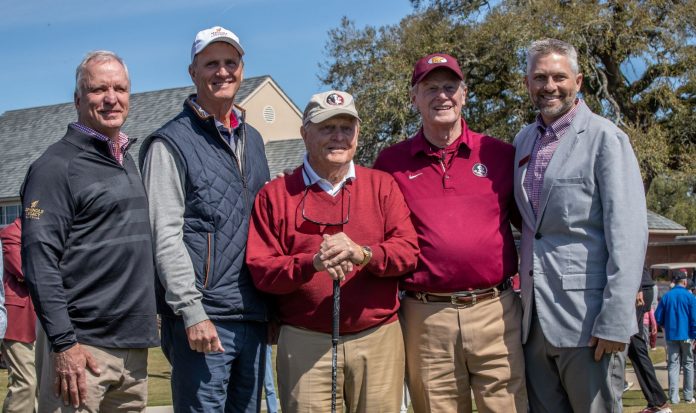 If Florida was a movie, Tallahassee would be the actor playing against type.

Instead of ubiquitous palm trees, live oaks draped in Spanish moss flank the streets of downtown like sleepy sentinels. You’re much more likely to hear the Southern twang of “y’all” than the Northern staccato of “you guys” as you stroll around the city’s quaint downtown. Even hometown Florida State University, a longtime member of the Eastern Seaboard-heavy ACC, feels more like a Southern-fried SEC school.

When it comes to golf, the Sunshine State’s Capital City isn’t blessed with sheer number of courses or architectural variety as Tampa, Orlando, Miami or Naples. So, when the Jack Nicklaus comes a calling with plans to make one of your good courses great, you answer the bell.

The Seminole Legacy Golf Club recently underwent a multi-million renovation by Nicklaus Design. The changes are so seismic, the course is now firmly cemented in the “best college courses in the U.S.” conversation. And it’s a good thing for Noles fans, because the Southeastern U.S. doesn’t mess around when it comes to college courses.

Designed by Bill Amick in 1962 and updated by Robert Walker in 2004, the 210-acre venue has long served the home of the Florida State University men’s and women’s golf teams. And while many of the players who’ve graced its fairways over the years (e.g., Brooks Koepka, Daniel Berger and Paul Azinger) are golf household names, the course formerly known as Don Veller Seminole Golf Course remained sub-standard by major Division I standards.

Enter the Golden Bear and his son and lead designer Jack Nicklaus II in 2019. The Nicklaus Design has deep ties to “Tally,” with half a dozen Nicklaus family members having graduated from FSU, including three of Nicklaus II’s children. Nicklaus II, who spearheaded the architectural work, treated the project as a complete overhaul, not a renovation. For the most part, the property bears (see what we did there) little to no resemblance to the Amick / Walker original.

Nicklaus Design stretched the layout to over 7,800 yards from the tips, making it one of the longest in the country. The Noles play in the Atlantic Coast Conference, after all, home to powerhouse programs like Clemson and Georgia Tech. Any Division I or II college layout that doesn’t play longer than 7,200 yards is effectively miniature golf for players of that caliber.

But the enhancements don’t stop with the golf course. The practice area was upgraded and is now borderline outstanding. Just as state-of-the-art practice facilities are vital for college football recruiting, they’re just as important in golf, albeit on a much smaller scale. The clubhouse is now a proper shrine to all things FSU golf, with shrines to Koepka, Berger, Sluman and Azinger gracing the halls.

Troon, the gold standard of high-end golf course management, operates the Seminole Legacy Golf Club under its Privé flag. Memberships are available in six categories, including options for those living 60-plus miles outside Tallahassee, faculty and staff, and parents of students. Seminole Legacy Club also offers a “member of a day” experience for those interested in previewing the club or playing while in town for a game.

Must Visit Golf Destinations for 2023