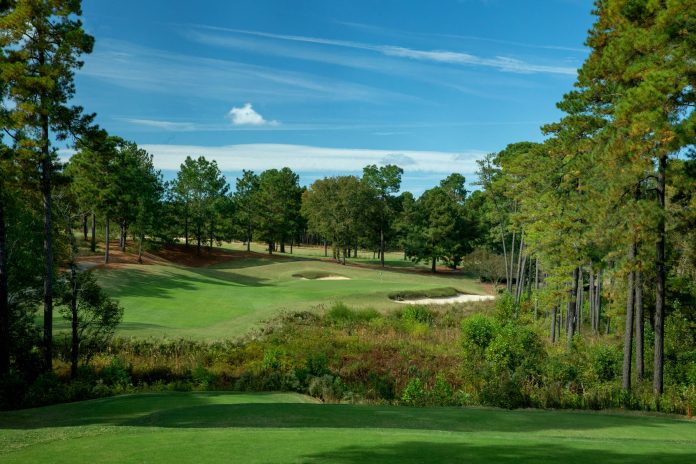 Pinehurst No. 8 closed in June and will reopen in September after undergoing a series of agronomic and infrastructure enhancements. Golfers who’ve followed Pinehurst Resort’s arc over the past decade might assume the centennial Fazio design is getting a Sandhills makeover like No. 2 and No. 4 experienced in 2011 and 2018.

Pinehurst Resort Director of Agronomy Bob Farren says he wouldn’t fault them for jumping to that conclusion. But this time around, it’s simply not the case. No. 8 will retain all its original Fazio design elements and architectural stylings. According to Farren, changes will be “subtle yet impactful” and make the layout play firmer and faster in keeping with the Pinehurst way.

“We talked to Fazio’s people, and Tom even came out twice and visited,” Farren says. “We offered him the opportunity to give us ideas and see if he was interested in making any changes. But he had a fair amount of conviction that what we were doing is enough. Like [Pinehurst Resort President] Tom Pashley says, we don’t have to hit every course with the same hammer.” 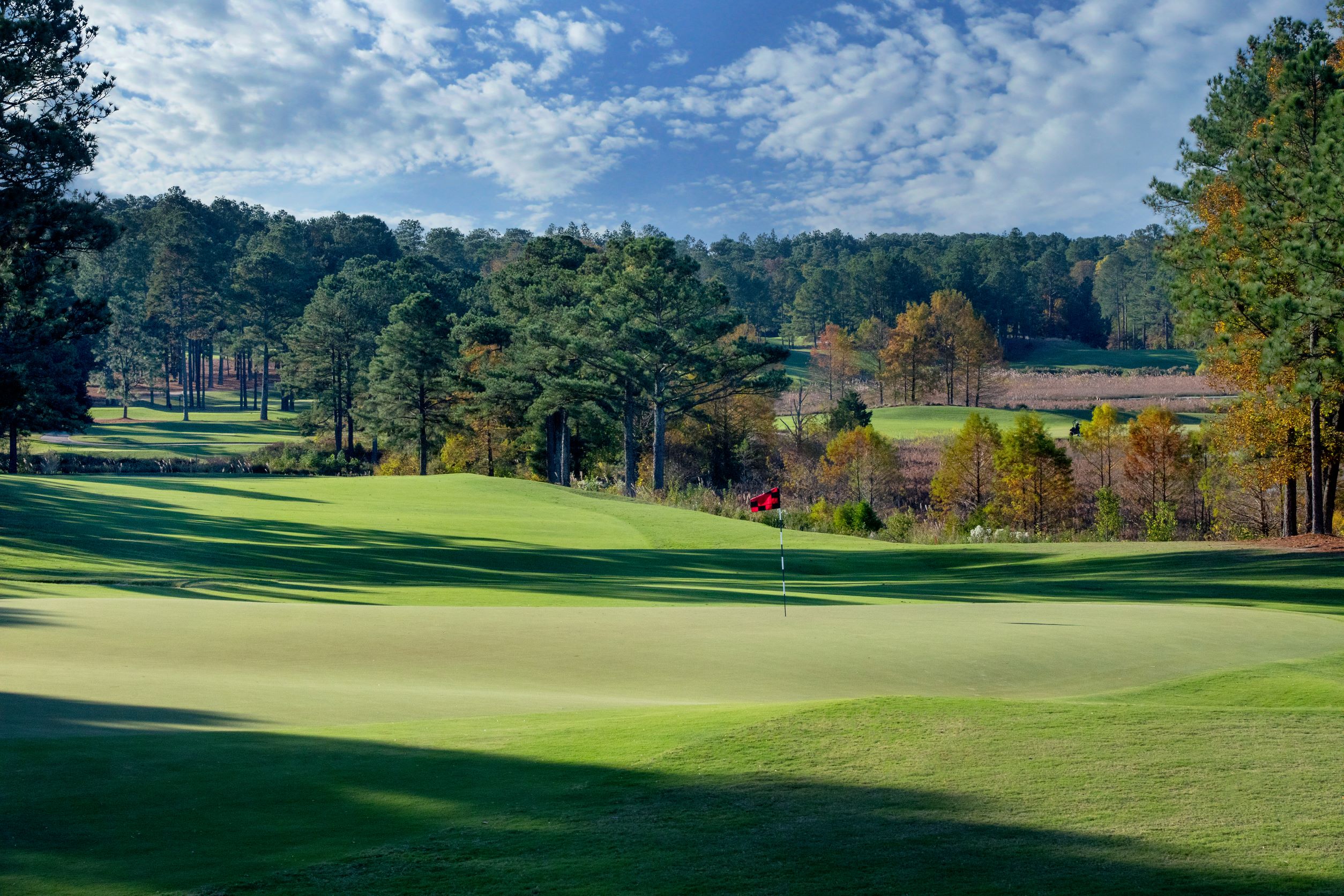 The menu of upgrades includes new TifEagle greens, bunker restoration and fresh bunker sand, improved drainage throughout the course and the removal of invasive trees limiting views and inhibiting sunlight. Several updates are also planned for the clubhouse interior and grounds, including the installation of firepits overlooking the 18th green (later this fall).

“No. 8 is a retreat away from the other courses and golfers like the change of pace over there,” Farren says. “Only golfers who’ve played the course several times will even notice the changes. And that’s the goal. The course will appear crisper and play firmer and faster. That’s it.”

While the slope and speed of the greens at storied No. 2 are legendary, the putting surfaces at No. 8 gradually made their way into Pinehurst lore. They were originally bentgrass upon opening in 1995 and were replaced with Champion Bermuda in 2013. Over the years, the slopes became more severe via topdressing and other maintenance practices. To say there have been a few three-putts throughout the past decade is an understatement.

“We’re excavating the tops of the greens before we re-grass them to sort of let the air out of them, so to speak,” Farren says. “Ultradwarf Bermudagrass has fine blades, is dense and can be cut low and roll as fast or faster than bentgrass. This will help temper the severity of the greens while still maintaining their integrity.” 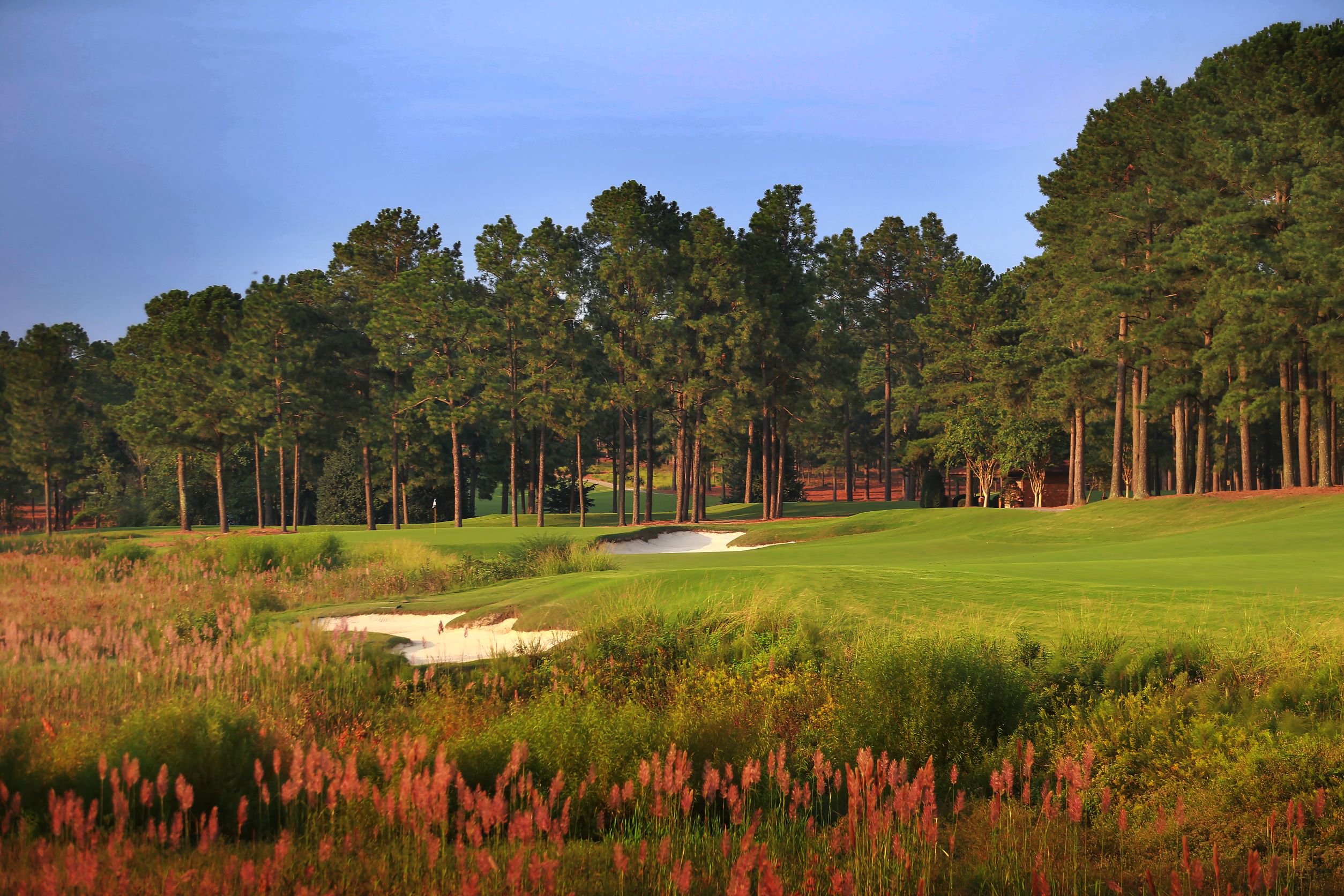 The existing Bermudagrass turf on tees and fairways will be kept, says Farren, but thatch will be removed throughout the course using “fraise mowing” to tighten up lies and foster more rollout on tee shots. Fraise mowing is a highly disruptive mowing technique developed in the North Carolina Piedmont that fully removes thatch from Bermudagrass in one fell swoop.

So, while it may not look like No. 2 and No. 4, No. 8 will certainly play more like the dynamic duo. Just as importantly, No. 8 will be strongly positioned as one of Pinehurst Resort’s premier golf offerings for decades to come.

Aces are Wild at Rumbling Bald