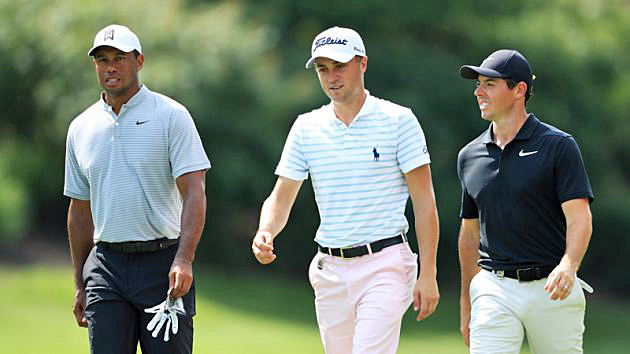 After Golfweek revealed the new popularity-based bonus plan for PGA Tour members most comments were focused on the players and made points such as undoubtedly Tiger Woods will be at the top of the list when the program goes into effect in January. This $40 million windfall rating social media popularity may affect fans and opinions have been scarce concerning how fans, the most important factor in the equation, will be impacted.

From an enthusiast’s viewpoint, is rewarding Tour stars for their public image rather than what they accomplish with their clubs good or not so good?

A player’s image is tied to wins, maybe to how far they can hit the ball, indeed how well they play, not necessarily their personality and it goes much deeper. Many times, in our app-driven view of the world, image and visibility merge.

Will this new stress on social media prompt a “show biz” artificiality? If you had the opportunity to knock down a million dollars, would you hire a Facebook spin doctor to fan your visibility with fans? Does the Player Impact Bonus bring Hollywood to the putting green?

By way of background the PGA Tour Player Impact Program (PIP) is an obvious response to the Premier Golf League’s attempts to sign the world’s top players for exclusive events separate from the established tours with reportedly $240 million in prize money.

The PIP is a monetary acknowledgement certain stars “move the needle” creating additional value for sponsors due to above normal media exposure. The top ten as determined by an Impact Score will split $40 million, $8 million going to the number one as measured by Google search results, time shown on telecasts, social channel engagement, familiarity, and other metrics.

An unknown and not to be overlooked factor is the strategic alliance announced by the PGA Tour and European Tour last November with speculation this was the first step in a worldwide series of events for the elite earners on both tours. Sounds just like the Premier Golf League, doesn’t it?

The PGA Tour as part of the agreement purchased a stake in European Tour Productions and received a seat on the European Tour’s board of directors for PGA Tour Commissioner Jay Monahan. This makes a potentially effective combination of the cash-rich American circuit and less affluent Euro Tour for mutual promotions but more importantly control of players income sources.

The most recent move, the PIP, is clearly a case of the rich getting richer and except for tour members outside the top ten feeling left out, indeed maybe never having the opportunity to share the extra money, probably in the grand scheme of things is not all that important.

What is important is how golf fans who are the basic source for the Tour’s funding starting with buying tickets, pro-am spots, and charitable support through the less obvious things like how much a sponsor’s sales increased because of their exposure from involvement with the Tour and Tour players.

Will the cynical among us be offended? Not if fans’ reaction to the oodles of cash in other professional leagues is any measure — think the NBA — but it is worrying if only from the standpoint of the possibilities of manipulation of the rankings.

In addition to getting help to improve their presence on social media (some of which the Tour has said they will provide) and gain other media exposure, there could be ploys like booking an exhibition with Beyoncé, Arian Grande or Taylor Swift. To heck whether these ladies can play, media attention would go through the roof.

Some will say that’s a little farfetched but trouble can start as soon as PGA Tour members begin getting paid for popularity rather than what they do with their clubs.

MCC PLUS4 Align Golf Grips – The Best of Both Worlds!