Hopefully you’ve found by now that golf is a lot more than just your score.  There’s the camaraderie and companionship, the natural beauty, mental and physical challenge and a lot more. Playing and being around the game teaches us not only about golf and life, it brings about special and joyous moments.  Some of these moments are a result of performance and others are simply magical experiences.  As a golf writer, I’m lucky enough to get access to some very special places and people.  The following is a list of some of my top moments in golf, in no special order except for numbers one and two.

I was on a press trip on the Island of Kauai built around the season-ending Grand Slam of Golf.  As usual, prior to the trip, press materials were mailed out for us to read.  As an incentive, there would be a contest whereas the winner would get to play in the Grand Slam Pro-am. I read the information on the flight over and won the contest. With only four players in the field, each team got to play with a Tour pro for six holes.  For those six holes I played the best golf of my life.  The first hole I hit driver, 7-iron to 4 feet for eagle. I put the ball inside of Davis on both par-threes and out drove him on two of the four other holes.  Our last hole was a par four that we played from 320 yards and Davis played from 340.  His drive was 10 or 15 yards short of the green while mine rolled just over it. As we were walking down the fairway, Davis turned to me and asked, “What driver are you hitting?” The fact that Davis even cared what I was hitting is the highlight of my golf life.

I am an impulsive sort and after reading one of Mr. Penick’s books, I decided to go see him.  I knew he was old and frail so I drove that week from Florida to Texas.  To make a long story short, I wrote an article for Chicken Soup for the Golfer’s Soul, about this life-changing experience. Mr. Penick would pass away the following week, but from his deathbed he gave me the greatest lesson I ever had.  I spent several hours with him but despite his faltering health, you could see the joy and exuberance as he talked golf.  His eyes shone. He had an aura about him. That day changed the way I looked golf and the way I looked at life. Mr. Penick may be the greatest person I’ve ever met.

The biggest name I looped for was Don Massingale, a multiple winner on the PGA Tour. By this time however, Don wasn’t playing very well.  Through all his struggles, he was still a great guy. Other players would ask at the end of the day how Don did. My first hole with Don I was so nervous, I forgot to clean his ball on the putting green. He made double bogey and looked at me as if daggers were shooting from his eyes. On the range, he was in such a funk, he took advice from me. It was so much fun, I would’ve done it for free.

Through a very lucky break, I was invited to play Cyprus Point. I received a call to be on the tee at 9 a.m. one Monday in November. When I got to the pro shop I was asked how many players I had. I had no idea that I could bring a foursome. I never even thought to ask. Golfers are familiar with the famous par-3 16th at Cyprus but standing on the par-3 15th hole is the most spectacular setting on the golf course. The 15th is a stunning, short hole, beautifully framed, perched on the cliffs. Suspended in the background is the incredibly demanding 16th where it’s almost impossible to remain relaxed as your caddie hands you driver, water crashing, wind howling and tells you to aim left, in case driver isn’t enough club.

It occurred my first full year of golf. I was playing with my brother Jack, who introduced me to the game. We were playing the Park City muni and I hit my approach shot into a narrow stream left of the green. The water wasn’t very deep and as my brother cackled that I would have to take a penalty stroke, I informed him I’d play it from the water. I had no idea what I was doing but I didn’t want to give him the satisfaction. The ball leapt from the water and onto the green, close to the flag stick. I saved par and in those days, par was something for me to crow about.

I’d been playing for two or three months. I rarely reached greens in regulation and even when I did, I had few legitimate birdie putts. We were playing Singletree Golf Course in Vail, Colorado, which I now believe is called the Sonnanalp Golf Course. It was the ninth hole, a long par-4 and the number one handicap hole on the course. I rammed in a 30 or 40 footer after which I began dancing and shouting.

It was the 18th at Mountain View Golf Club in Palm Desert and I was already down three bets and pressing everything on a par-five that wound around a fairly substantial body of water to an island green. I pulled my drive a bit left, though I hit it quite a long way. I could take the safe route and hit a wedge to the fairway which circled the lake to the right and leave myself a wedge to the green. The direct route would require a shot of about 210 yards, almost all carry over water. The Lord hates a coward and I went for it and hit one of the best shots of my life.  From the fairway it looked close, but I didn’t realize how close until I got to the green.  My betting buddy wanted to concede the putt, but I declined.  If I couldn’t make an 18 inch putt, I didn’t deserve the eagle.

A trip to the Masters is the toughest ticket in sports, but anyone who wishes to can obtain tickets to practice rounds. You either enter the ticket lottery or buy them outside the grounds, which will generally set you back somewhere between $25 and $100. I was awestruck by the beauty of the golf course.  Television doesn’t do it justice.  That day it poured and play was canceled for the day.  Virtually no one was on the golf course and I decided to walk it hole by hole.  If you ever get the opportunity, I’d advise you to do the same.  You’ll be glad you did. It was a spiritual experience.

I heard from numerous sources that golf in Ireland was superior to Scotland. I’m here to tell you it’s true.  The terrain is spectacular and unique.  Though I didn’t play all of the most famous courses, based on my experience in Ireland, I’ll have to assume they’re great too Three of my favorite courses in the world are here. In Northern Ireland, Royal County Down takes your breath away.  It’s most distinguishing features are its bunkers, which are fierce, almost primeval. Old Head is like playing the four Ocean holes at Pebble Beach, except the entire golf course is perched on the cliffs. Then add 14th-century castle ruins. The mystic terrain of The European Club had me feeling like I was playing on the moon. I can’t wait to go back. (I did!)

While I was the editor of Golf Journeys Magazine, I did a feature on Howdy Giles, Commander-in-Chief of Arnie’s Army. Some time later, Howdy invited me to play Pine Valley. It is without a doubt the finest golf course in the world. I grew up in this area and I never knew this place existed. Every hole is unique, and spectacular. Playing here is the holy grail of golf.

I love this little sliver of earth. This is the only hole in the world that I play under par. I probably played the hole at least 20 times before I ever made a bogey. Although I’ve never eagled the hole, I’ve had many eagle putts. It’s an average length par-5, playing slightly downhill, generally with the prevailing wind. It turns slightly right to left with a large bunker protecting the shortcut. I always take out my driver and hit a slight draw, across the bunker. Most of the time I will hit the down-slope, which will propel my drive even further. Standing on this tee box, I KNOW I am a PLAYER.

It happened a couple years ago at Arrowood golf course in Oceanside, California. I was obviously hitting the ball pretty well and making my putts. I was obviously pretty nervous towards the end and it was a good thing I didn’t know how close I was to par. I finished with a 71, par for the course! The only time I’ve ever shot par.

It happened at Mayacama, a private Jack Nicklaus course in wine country California. I was a guest of Travel & Leisure Golf and we were provided with caddies. I had a birdie putt on the first hole, but three-jacked it. Then I went birdie, birdie, birdie, to reach to under par. The fifth hole was about 180 yards, a par-3. I hit my 5-iron so perfectly, I threw it in the air and looked towards the sky. I knew it would be close and it finished less than 2 feet from hole. I was so nervous that I put a terrible stroke on the putt but it still went in. Four birdies in a row! It’s the only time I’ve ever been three under par. My caddie thought he was looping for a real player. With the bunker dead center in the next fairway, my caddie handing me a 3-wood to stay short. I was so pumped I flew the bunker and had a short iron into the green. I didn’t hit a particularly good shot but still had a birdie putt once again. I figured this would be my only shot to ever make five birdies in a row, so I was not going to leave it short. Unfortunately, I hit it about 10 feet past and had another three putt.

Beauty is always in the eye of the beholder, but I always experience the feeling of eager anticipation before I play a noted or famous course, especially one that I’ve seen on TV or seen pictures of. Standing on the first tee and thinking about others who have stood there before me gets my juices flowing.  These are always wonderful days, even more so when I play well. 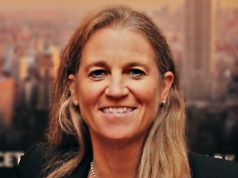 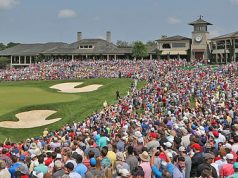 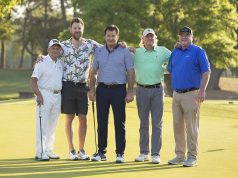 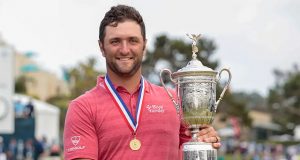