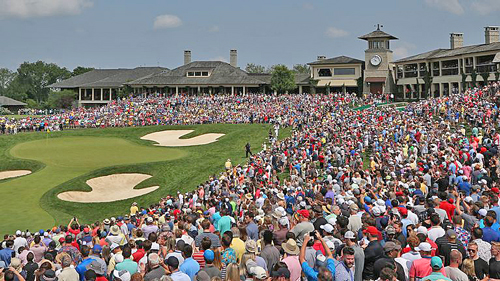 Golf’s history and tradition especially at the professional level has taken on a new dimension with the possibility the top stars will have the opportunity to play for mind-boggling prize money in a new league or perhaps leagues.

Both the Premier Golf League (PGL) and the unnamed (tagged for convenience the Super Golf League—SGL) seem to take golf fans out of the equation. The influx of big money, reportedly from Saudi Arabia for the SGL and other investors from Europe for the PGL, leaves fans on the outside which is a departure from the business plans of the current pro tours where they are the basic building block.

Plus—and often overlooked—is professional golf has a massive impact on a variety of charities with some $3.2 billion donated over the years from just the PGA Tour.

The multiple millions being reported by the media incentivizing super stars to sign with the new leagues raises the question do professionals play for the money or the legacy, i.e., the reputation they leave behind?

Touring pro earnings are already an order of magnitude higher than that of most people. For example, Justin Thomas leads the PGA Tour money list with just over $5.7 million this season and for in his career Tiger Woods has banked $120 million plus every pro has lucrative endorsements and deals.

Woods has said many times his goal is to surpass Jack Nicklaus’ record of 18 major championships and Phil Mickelson, second in career earnings with $92 million, has talked at length about the U.S. Open, the one major he needs to complete a career grand slam. There is no reason to believe other top players feel any differently which speaks strongly to their concern about their reputation and legacy, certainly not the money.

If this is true and money is not the driving force behind these talented, dedicated athletes to play this humbling game what rationale can be used to hop over to the PGL or SGL?

How about a signing bonus of $30 million to $50 million being offered to players such as Dustin Johnson and Bruce Koepka with one source reporting Mickelson has been offered $100 million.

As would be expected the PGA Tour, the largest most financially prosperous of the pro circuits, has reacted…those signing with a competing tour will be suspended at once and face permanent loss of membership. The European Tour, now in a strategic alliance with the PGA Tour is looking at similar penalties. In addition, the PGA Tour has instituted a $40 million Player Impact Program with payouts to the top ten players.

Golf’s major championships have not gone on record with their positions, but each is interested in having the best players in the world compete which leaves them with the choice of opening fields to members of any tour or supporting the PGA and European Tours…potentially a hard choice. Skipping out of either PGA Tour or European Tour membership will take the Presidents Cup plus most likely the Ryder Cup and PGA Championship plus possibly the Masters out as stops on a superstar’s schedule. The USGA which runs our national championship and the Royal and Ancient who run the British Open would presumably do the same, but we will have to wait and see.

Finally global politics enters the situation because of Saudi Arabia is the funding source for the SGL. This needs to be considered because of the Saudi regime’s long record of violence and human rights abuse. Every golf fan should read Adam Shipnuck’s informative article “Blood, Oil and Golf”.

In my mind whatever dilemma players and fans may have is answered simply–a player’s legacy is far more important than the money.