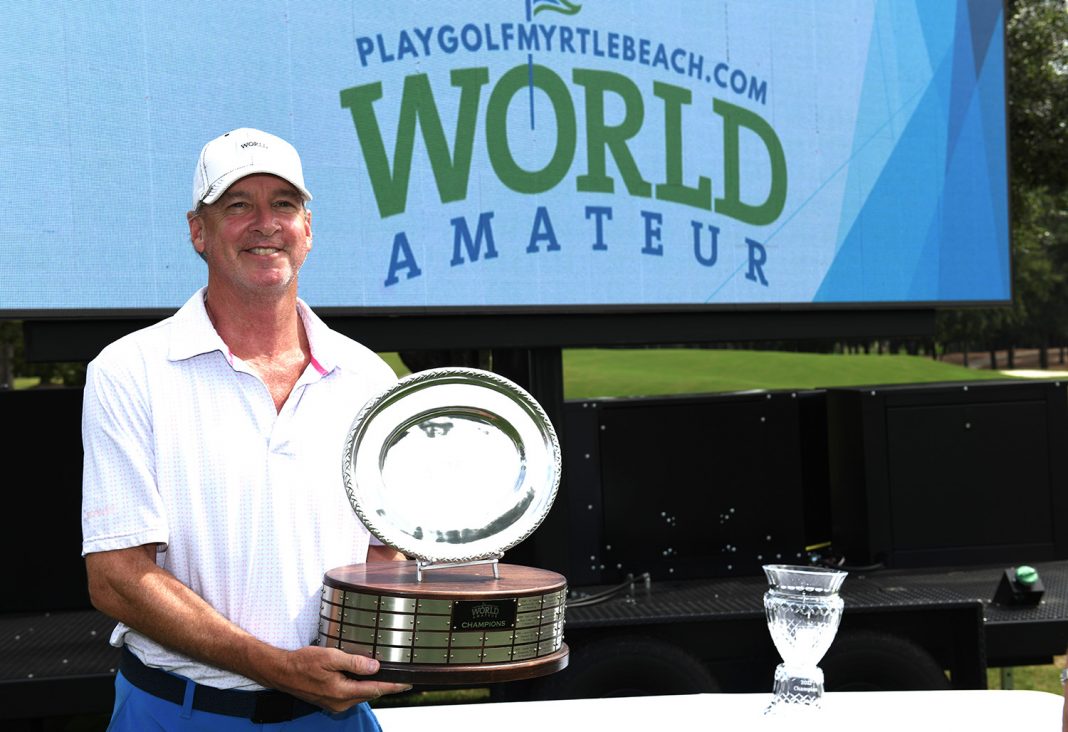 Entry into the event, which included at least four rounds of golf, nightly admission to the World’s Largest 19th Hole and a gift bag, was $699.

After four days of play, all flight winners and ties advanced to the World Championship Playoff at TPC Myrtle Beach, an 18-hole shootout that crowns the event’s winner. A Tom Fazio/Lanny Wadkins design, TPC Myrtle Beach has long been ranked among the best public courses in all of the golf-rich Palmetto State.

While the competition is initially what lures players to the tournament, it’s only part of what keeps them coming back. At the heart of the World Am’s appeal is the camaraderie among its participants and much of that kinship is fostered at the World’s Largest 19th Hole.

Each night of the event, the 19th Hole overtakes all 120,000 square feet of the Myrtle Beach Convention Center, providing participants with free food and drinks, live entertainment, celebrity guest appearances, a golf expo and more. Among the big names that have appeared at the 19th Hole in recent years are David Feherty, Brandel Chamblee, Charlie Rymer and John Daly.

The Carolinas: Center of the Golf World During the Presidents Cup

Golfers Can Race From Speedway To The First Tee On These...