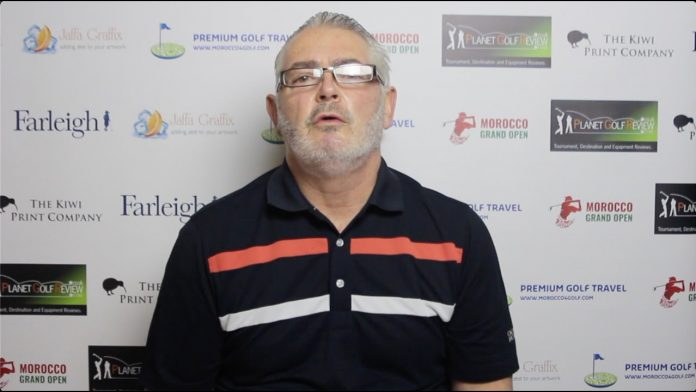 In 1954 Dr Phillips sold his holdings to Granada Groves, a subsidiary of the Minute Maid Corporation, and retained only the raw land. Tom Barnes, a native of Minnesota, who had always wanted to build a championship golf course, took an option out on the land with his partner, Tom Dore, a Michigan businessman who surveyed the land and saw an immediate vision of what this land could become.

They broke ground on the golf course in 1960 and christened the area “Bay Hill” The original golf course architect was Dick Wilson, Bay Hill was the first golf course planted with Tifway (Tifton 419) Bermuda grass. Wildlife still inhabited the land including a family of bobcats that resided around the 17th green. In 1965, Walt Disney announced the purchase of over 27,000 acres of land nearby, where the Walt Disney World Resort would soon emerge.

The same year, Arnold Palmer played in and won a charity exhibition tournament at Bay Hill, Arnold fell in love with the course and the area, so much so he wanted to own it. In the summer of 2009 Arnold decided to redesign the course with his design company. He redesigned all 18 greens, reworked of all the bunkering and made major changes to four holes. The yardage went up from 7,103 to 7,196.

My tips to Win:

It is hard not to tip Viktor Hovland 18/1 – with MansionBet – nearly every week no matter what continent or Tour he is playing on, having won on both the PGA and European Tours this wraparound season and if he is not winning he is making the Top 5 and challenging. After a deserved weeks rest I am sure he will be raring to go again this week, but this is an event that he has played three times and has yet to challenge, I think that may change this week.

The problem with playing nearly every week is your form fluctuates a lot so it is hard to predict what Sung Jae Im 30/1 – with Bet365 – is going to turn up this week. Is it the player that has won and had three Top 10s so far this wraparound season or the one who has missed two cuts. The one thing we know is Sung Jae loves playing at the Arnold Palmer Invitational, and has two third-place finishes and has not been outside the Top 25 in his three starts here.

Three out of the last four winners of this event have been European and Matthew Fitzpatrick 30/1 – with Bet365 – has enjoyed teeing it up at Bay Hill and the Arnold Palmer Invitational was his first ever PGA Tour event and he has since gone on to have a runner-up and three Top 15 finishes from him seven starts. Matthew had to withdraw from The Genesis Invitational, but he has had two Top 10 finishes from his two starts on the PGA Tour this year and I expect him to be challenging again this week.

A past champion here and a Top 5 finish in his first ever start, this will be Tyrrell Hatton 35/1 – with Bet365 – first tournament Stateside this year. Tyrrell has played two events on the European Tour so far this year and finished inside the Top 6 in both. It looks like Hatton has a very focused schedule this year and I expect him to be challenging this week.

I am going to stick with Keith Mitchell 45/1 – with 10Bet – this week who notched up his fifth Top 12 finish in his last six starts on this years wraparound season and he also had a third-place finish early in the season at The CJ Cup. Keith has teed it up here three times and has had two Top 6 finishes and in his current form I expect him to be in the thick of it again come Sunday.

It’s great to see Chris Kirk 80/1 – with Bet365 – coming back into some form after what he has been through and I did tip him several times last year, but with two Top 15 finishes from his last two starts coming back to an event where he has had five Top 20 finishes including his best finish last year when he finished eighth, I think these are good odds for the Georgian. 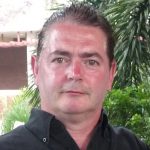 James Masonhttps://planetgolfreview.com
James Mason is a 5 handicap golfer and Editor of planetgolfreview.com and PGR Magazine, he is also contributing writer for Golf Monthly magazine, producing destination reviews, technical and equipment reviews and blogs. He was also part of the judging panel for the 2010 Top 100 courses in Great Britain and Ireland. James has written equipment reviews and technical features for Greenside magazine, destination features for Golf World and Going for Golf magazines and interviews for Middle East Golfer and has appeared on several BBC sports programs and PGA Tour radio.
RELATED ARTICLES
Golf Bets & Odds