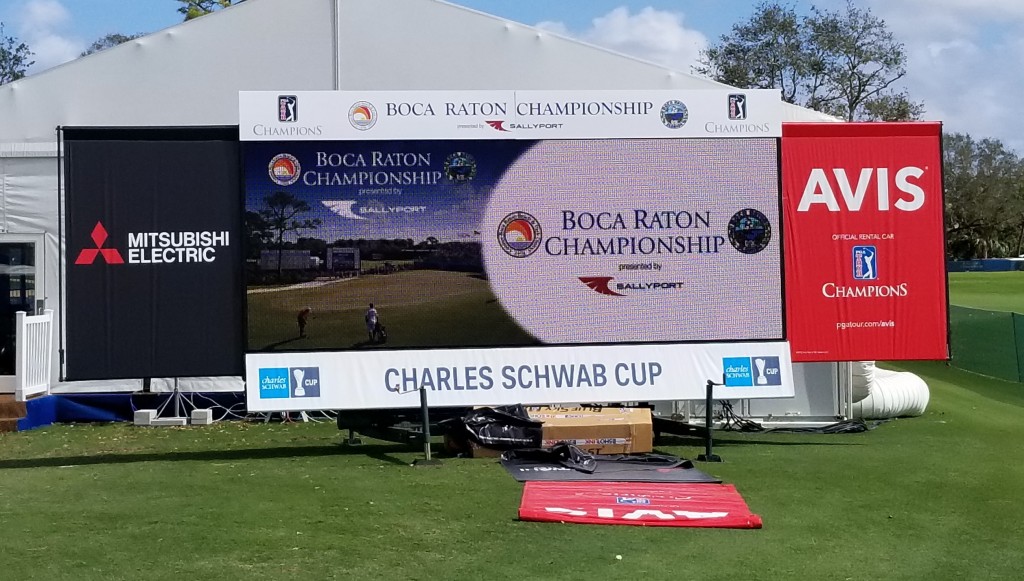 Jeff Sluman has been Chicago’s lone representative on PGA Tour Champions for the last 10 years but things are different going into the circuit’s first full-field event this week.

“I’m a resident of Florida now,’’ said Sluman. “We live eight months here and summer up in Chicago. We love that city but I got tired of being cold and my golf game suffered tremendously.’’

The New York-born Sluman and wife Linda set up a base in Hinsdale in the early 1990s, when Jeff was a regular on the PGA Tour. They sold their place in the suburbs two years ago, moved to Chicago’s River North area and will still be there in the summer months. Home, however is now officially in Delray Beach, Fla., which is just a few miles from the Boca Raton Championship. That 54-hole event tees off on Friday at Broken Sound Golf Club.

While Sluman has long been a Chicago guy, he has ties to Delray Beach, too. Four years ago he supervised the renovation of Seagate Country Club there and represents that facility on the 50-and-over circuit.

“It’s got a beautiful golf course, a hotel, a beach club, a yacht club,’’ said Sluman. “Some friends from Rochester, N.Y., own it. It’s nice here. I like putting on shorts and walking on the beach. I worked 40 years so I could do that.’’

Sluman has enjoyed a solid career on both the PGA and Champions circuits. At 30 he won the PGA Championship at Oklahoma’s Oak Tree Course and just before his 40th birthday he won at Tucson, which triggered victories in seven more events world wide including four on the PGA Tour.

At 50 he became eligible for the Champions Tour and won the first of his six titles there a year later. Had he performed better in playoffs — he lost six PGA titles in extra holes and is 0-3 in Champions playoffs – his record would be even more impressive.

Now 60, Sluman believes he’s still got some good years left and this year’s schedule includes the first PGA Champions’ major event in the Chicago area in 21 years. The Senior Players Championship will be played at Exmoor, in Highland Park, in July and Sluman would love to be a factor there.

“There’s a big difference between being 50 and 60 on this tour. It’s like the difference from being 25 to 35 on the PGA Tour,’’ he said. “You’ve just got to be fortunate and not get any major, major injuries. That’s another reason I wanted to get out of that cold weather and be warm all the time. I’m taking it a year at a time, but I’d say I’ve got two-three real good years left in me.’’

IT’S SHOWTIME: Friday marks more than just the start of the first full field event for the PGA Champions circuit. It’s also the kickoff to three straight weeks of golf shows in the Chicago area.

First is the Tinley Park Golf Expo, which runs through Sunday at the Tinley Park Convention Center. Show hours are noon-6 p.m. on Friday, 9 a.m.-7 p.m. on Saturday and 9 a.m.-4 p.m. on Sunday. Admission is $5 on Friday and $10 on the weekend days.

Tenco Events, owner and operator of the Tinley Park show, will also present the Northern Illinois Golf Expo at the Lake County Fairgrounds and Event Center in Grayslake from Feb. 16-18.

Biggest and oldest of the winter attractions is the Chicago Golf Show, which runs Feb. 23-25 at the Stephens Convention Center in Rosemont. The Chicago Show was first held in 1962 and has been based in Rosemont since 1990.

Len Ziehmhttp://www.lenziehmongolf.com/
My 41-year career on the Chicago Sun-Times sports staff ended with my retirement on June 30, 2010. During that stint I covered a wide variety of sports, but golf was a constant. I was the paper's golf writer for 40 years, during which time I covered 27 U.S. Opens, 10 Masters, 17 PGA Championships, four U.S. Women's Opens and the last 34 Western Opens in addition to a heavy load of Chicago area events. For 20 years I was a columnist for Chicagoland Golf, a newspaper that suspended publication following the death of founder and good friend Phil Kosin in 2009. (This is not to be confused with the publication of the same name which was introduced in 2013 after being known as Chicago Area Golf for three years). I also contributed a chapter to a history book on the Solheim Cup and have been a member of the selection committee for the Illinois Golf Hall of Fame. As a player I remain just an avid hacker with a handicap that never has dipped below 16.