Southern Trace Country Club in Shreveport is a club on the rise and their goal is to become the best country club value in the state of Louisiana. What happened this past July signified the beginning of this transformation.

Southern Trace Country Club in Shreveport, Louisiana opened in 1988. Since 2000 ClubCorp had owned and managed the property. On July 1st, Southern Trace’s members purchased the club’s assets from ClubCorp. It took the entire membership base of about 800 including golf, tennis, and social members to buy into the plan and accept the changes, and once that happened, the changes began to happen.

lifestyle benefits throughout the world. As a Full Golf Member of Southern Trace, you’ll enjoy access to Troon Privé courses around the country as well as access to their amenities. You’ll also be able to experience over 150 Troon Golf resort and daily fee locations at preferred rates, as well as Cliff Drysdale Tennis. Troon Privé club members receive discounts with companies such as Avis Rental Cars, Ship Sticks, and more.

Golf Course Superintendent Graham Kornmeyer was plucked away from the prestigious Black Diamond Ranch in Lecanto, FL. In his own words, his first order of business was to “try and salvage as much of the course as possible.” It was handed to him in great disrepair. I can personally attest to the fact that the changes have been astounding. Graham is constantly in touch with the members and does daily updates on the Members Only website.

The centerpiece of Southern Trace is the Arthur Hills designed golf course which was voted #1 in the state of Louisiana by Golf Digest on several occasions and for over 30 years has been regarded as the favorite place to play for golfers in Louisiana. Southern Trace offers golfer 5 sets of tees. From the Black (Back)

the course spans 7,048 yards with a course rating of 73.9 and a slope of 135. The course can be played as short as 5,026 yards. I found it both enjoyable and challenging from the Blue Tees (6,315/70.2/126). The club has garnered many accolades including hosting the WEB.com Tour’s Southern Open from 1990-2002 as well as multiple State Amateur Championships and the AJGA David Toms Junior Invitational.

This Arthur Hills masterpiece plays through beautiful pine valleys, oak forests, and open meadows. Manicured fairways give way to Champion Bermuda greens that are second to none. Fairway bunkers are strategically placed and catch errant tee shots and approaches and forced carries are easily managed. Several holes offer risk/reward opportunities for better players while less skilled players will have fun and not be totally frustrated.

Southern Trace has several holes that you won’t soon forget. Number 1 is a 465-yard par 5 dogleg right with bunkers on either side at the corner. Longball hitters may be able to fly the bunker on the right, thus cutting the dogleg. Even if you make the corner of the dogleg and you still have a long way home; for most players, it’s going to be a 3-shot hole. Bunkers front both sides of the green so you may have to fly it on.

Looking at the scorecard, the short, 299-yard par 4 3rd hole screams “Grip it and rip it. Take a quick glance to the left and you’ll see a creek that runs down the side of the hole and then wraps around in front of the green. Better put that driver back in the bag! Instead, play a club off the tee that leaves a manageable distance in, hit a good second shot, and make par – or better – that way. Miss your layup shot short and to the right and you may find one of two fairway bunkers over there.

Number 8 is a very pretty par 5, with the creek meandering down the left side. It actually runs all the way back to the tees, but really comes into view – and play – once you get past the trees. The creek empties into the lake which fronts the green and makes up the right side. You’ll need to cross the water at some point during your trek to the green. A good tee shot followed by a good layup will leave a short iron or wedge into the green. It may not be the longest of the par 5 holes, but it sure is fun to play!

a bunker back right. The green on the 6th hole is long and narrow with bunkers on either side, so accuracy is at a premium. The par 3s on the backside have a little more teeth to them, Number 13 plays 201 yards and Number 16 plays 165 yards with water on the left and two bunkers in front. Par these four holes and you’re probably going to have a good round.

Number 16 is the best test of golf on the course. This dogleg left par 4 starts from an elevated tee box over a valley to an elevated fairway that slopes right to left. From there, play your approach shot to an elevated green that is large enough to be a 3 club difference from front to back and is guarded by a large bunker on the right side.

Number 18 is a fun par 5 and a fitting way to end a great day on the links at Southern Trace. In addition to the water you see straight ahead of you off the tee, there’s a couple of small ponds to the right that you cannot see from the tee but can easily come into play. They’re a favorite for wading birds and turtles. You’re going to have to play over the water at some point and for most, it’s on the layup. Be wary of the fairway bunkers in the landing area. The green is elevated but a well-played pitch shot can yield a low score.

Before your round, warm up on Southern Trace’s double-sided range where you can hit every club in the bag. There’s a large putting green as well as a chipping green with two bunkers.

Whether you’re looking for an elegant sit-down meal or just want to relax with your favorite libation, stop by Arthur’s Bar and Grill, which overlooks the 1st hole. Arthur’s has an upscale feel with a down-home vibe. There are three extra-large big-screen TVs,

perfect for catching the biggest games of the year. There are usually six beers on tap, two of which rotate seasonally, and a fully stocked liquor selection. Dine-in or take it outside on one of two patios and experience the beautiful Shreveport weather. Southern Trace’s Executive Chef is always cooking up new and exciting things with a gourmet menu that will satisfy even the most discriminating of tastes.

Southern Trace offers a wide variety of memberships so you can experience the ultimate Shreveport country club lifestyle your way; there really is something for everyone. Membership is by invitation only so if you’re bent on joining, make friends with a current member!

In addition to a fantastic golf course, Southern Trace helps its members get involved in the club through fitness. They offer a well-equipped fitness room as well as group classes such as Pilates, yoga, cardio kickboxing, and Tae Kwon Do. After an invigorating workout, relax in their resort-style pool, which is sure to be a hit with the entire family. There are two slides for the kids – or the kid in you – and adult beverages and a full menu is available at the snack bar.

If you’re looking for a country club with Southern charm and flair, Southern Trace should be on your list. With all of the good things happening at the club, it is sure to dominate future country club conversations. For membership information, visit them online at www.southerntracecc.com. 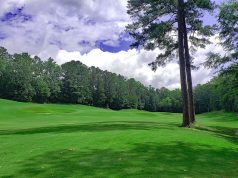 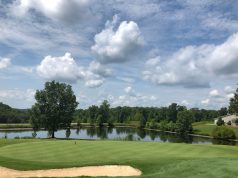 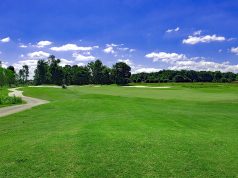 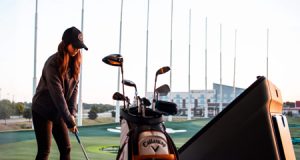