The All New Exotics EXS 220 Clubs 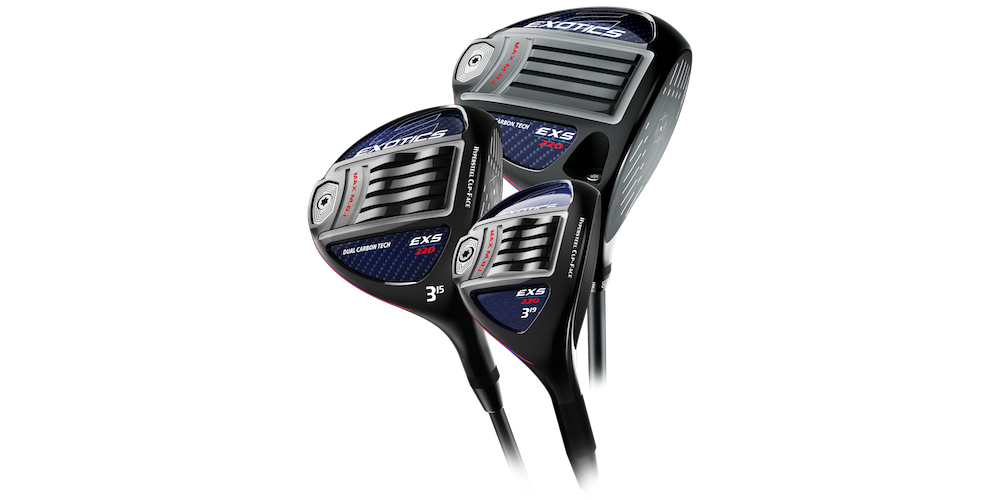 The all new shapes and weight repositioning of the EXS 220 metalwoods have made for the most forgiving and stable metals ever produced by Tour Edge.

“We have taken a substantial leap forward in design innovation with the entire EXS 220 line,” said Tour Edge President and Master Club Designer David Glod. “We set an all-time record for Exotics metalwoods sold with the original EXS line and based on the initial reaction to the performance from our partners and tour professionals, we feel we will shatter that sales record with the EXS 220.”

“Our goal is to make anyone who hits these side by side to clubs that cost twice as much to question why they would ever think about spending the extra money,” said Glod. “These clubs are that good. We will have a large amount of EXS 220 in play on the professional tours and we will penetrate bags of the better players across the globe due to the extreme performance benefits of these clubs. Truly, pound for pound, nothing comes close to the EXS 220 metalwoods.”

The new ultra-premium, high-performance Exotics EXS 220 driver, fairway metal and hybrid will be featured at the 2020 PGA Merchandise Show and will be available for purchase worldwide on February 1, 2020.