HomeOtherThe Golfing Bee - Teaching Kids About the Game of Golf ...and...
Other 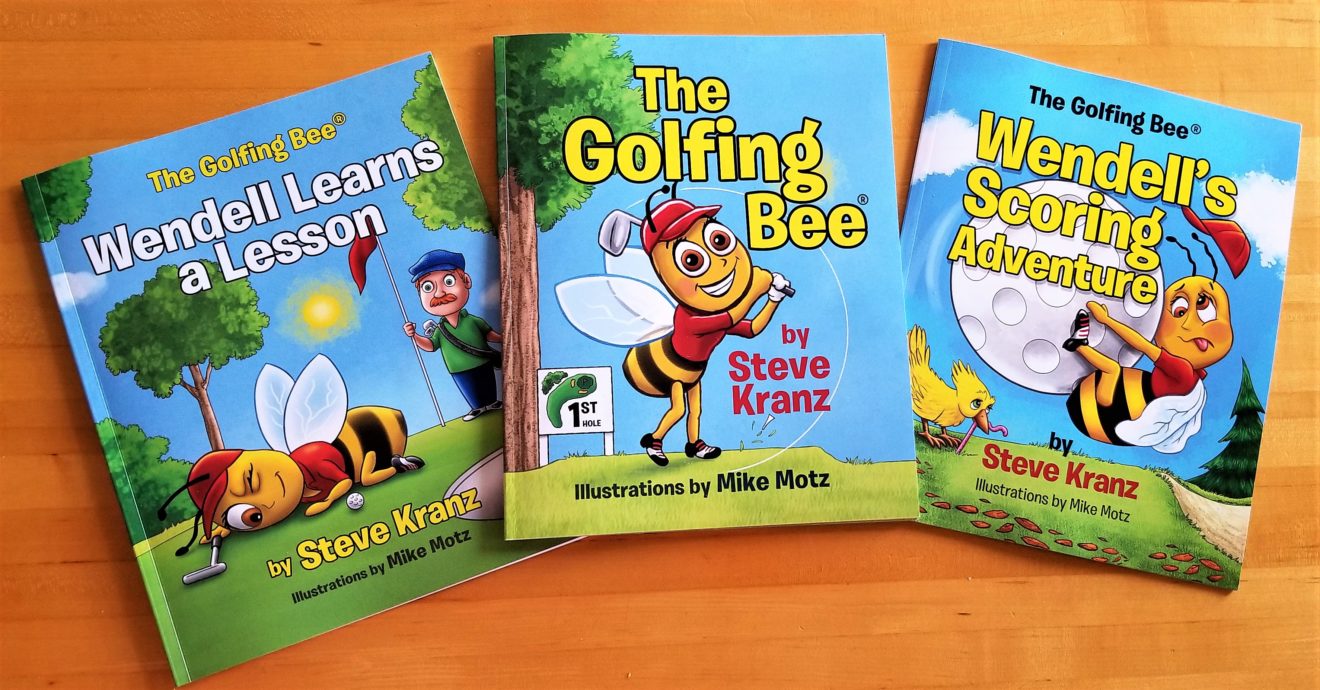 First was the Spelling Bee, a contest that dates back to the 1920’s. There’s also the Super Bee, a high-performance muscle car produced by Dodge from 1968 – 1971. Now there’s the Golfin’ Bee, a fictitious little guy named Wendell who, with the help of his friend and mentor George takes up the game of golf.

The Golfing Bee is the creation of author Steve Kranz, who grew up in the Miami, FL area and was enthused 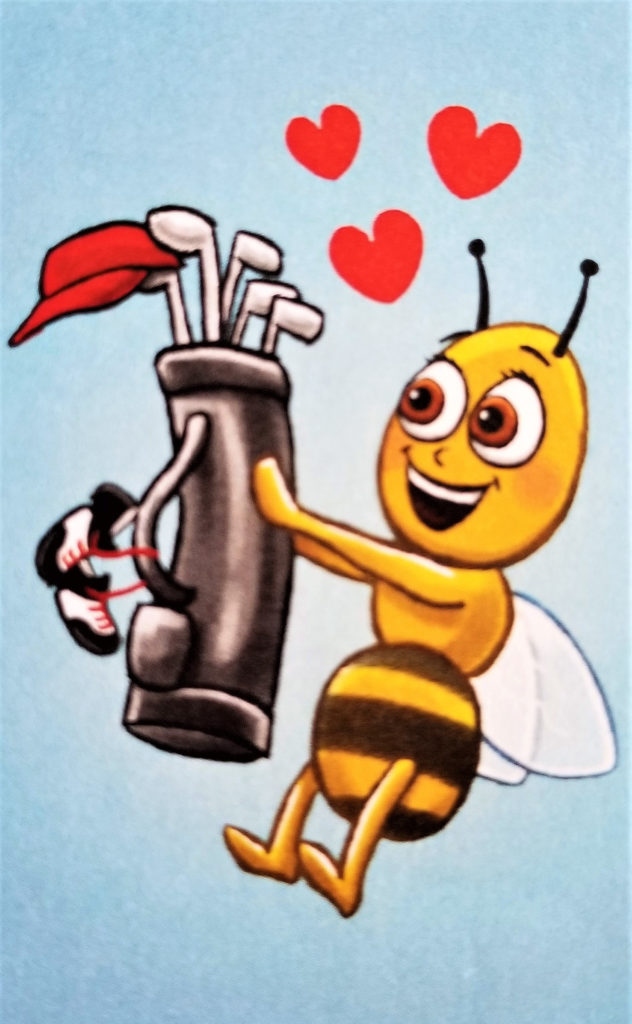 with the game of golf at an early age.  In his own words, Steve came up with the idea for the Golfing Bee as he drifted off to sleep one night. It represents something magical yet unconventional when we think about playing golf. It provides readers the opportunity to ponder how a bee can participate in the game while also allowing them to use their imagination. From what I read, there’s so much more to it.

The Golfing Bee is currently a series of three children’s books, aimed at teaching them life lessons while introducing them to the game of golf. In the first book, we learn that Wendell who at this point is unnamed, is different from his siblings. Lesson #1: It’s OK to be different. He’s a curious little fellow and as he’s flying home one day, sees a bunch of people “swinging shiny sticks at white objects.” A 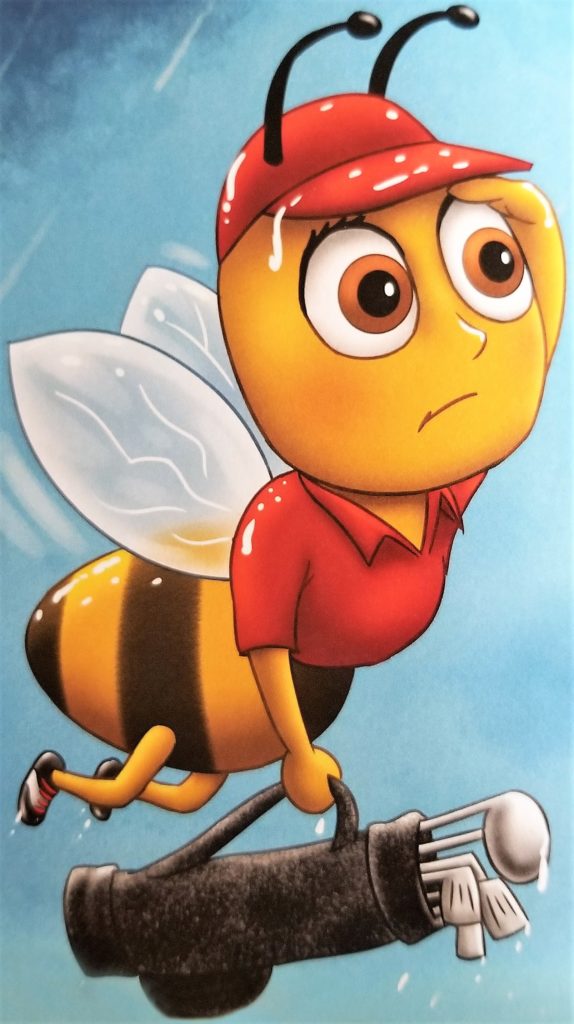 simplistic way of looking at the game. He befriends a golfer named George after George hits his ball in the woods and Wendell helps him find it. The two strike up a friendship and at the end of the first novel George has made him a bee-sized set of golf clubs. Lesson #2: Acts of kindness lead to friendships.

In book #2, entitled Wendell Learns a Lesson, we learn that Wendell has the golfing bug (pun intended). His bee-sized clubs are with him all the time; he evens sleeps with them. His first introduction to the game starts with a rainy day, and he learns that golf is a game played regardless of weather conditions. He learns what a “bunker” is and that the ball is always played “where it lies.”  He learns this lesson the hard way, after trying to move George’s buried ball in the bunker. George sees what’s going on and yells at Wendell not to move the ball. Embarrassed, Wendell flies away, only to watch George hole out from a bunker. George apologizes for yelling at Wendell and all is good. Lesson #3: Never be afraid to say you’re sorry.

In the 3rd book, Wendell’s Scoring 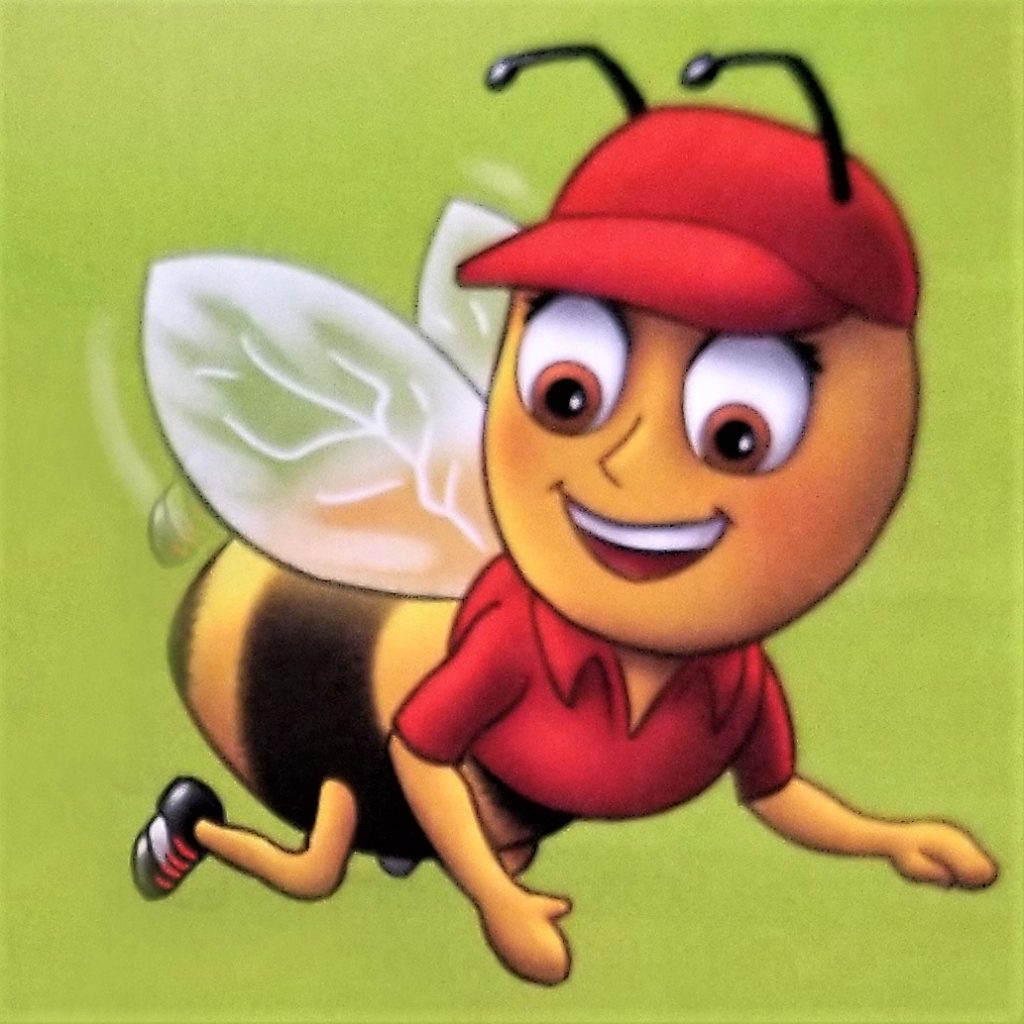 Adventure, we find Wendell eating a healthy breakfast before brushing his teeth and heading off to the course to meet up with George. Lesson #4: Don’t forget your Wheaties because breakfast is important as is personal hygiene. The rest of the book is devoted to golf, primarily the rules. Although George seems to have a hard time keeping the ball in the fairway, he is careful to count every stroke and teaches Wendell the importance of sportsmanship. Wendell learns that when someone yells “fore”, it’s probably a 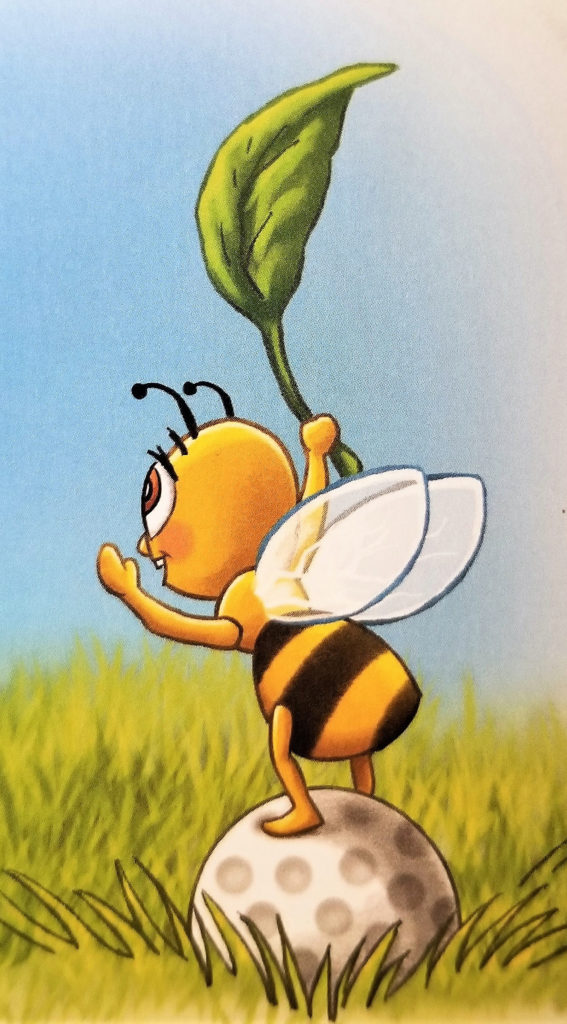 good idea to duck and what penalty strokes are all about. Lesson #5: Play by the rules and count ALL your strokes.

The Golfing Bee teaches children not only some of the rules of the game of golf, but some simple rules to live by while going through this game we call “life”.  Thanks to the talents of the illustrator of the book Mike Motz, Wendell is also a loveable little guy that children will adore. I wouldn’t be surprised to see Wendell toys and stuffed animals popping up once he gets a little publicity. In fact, if you go to the Golfing Bee website (www.golfingbee.com), there is a 6” plush Wendell toy for sale as well as children’s tee shirts, hats, golf towels and, of course these loveable little books that will teach you about the fun of the game, the integrity of the game, and just how far a simple act of kindness makes us all better people.

David Theorethttp://www.thegolfinguy.com
David Theoret has been in the golf and golf travel industry for over 12 years, primarily selling online advertising. For the past seven years, he has also been a golf writer, reviewing golf courses, resorts, destinations, equipment, golf apparel, and training aids – the latter of which never seems to help. What started as a dream years ago, by God’s grace, became a reality in 2015 when The Golfin’ Guy editorial marketing company was founded. Working together with golf course designer Ron Garl; David’s articles and reviews have been posted on many golf travel, equipment, and apparel websites.
RELATED ARTICLES
Other