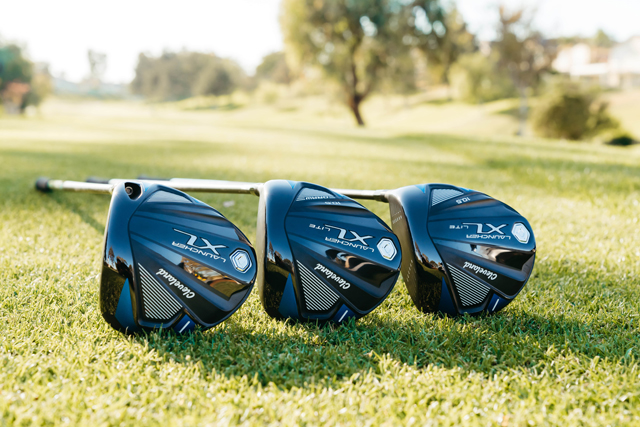 WYNTK
Cleveland has introduced the Launcher XL series of drivers targeted for those wanting a forgiving MOI design with weighting low in the head to assist getting the ball airborne—higher launch, more carry. The Launcher XL MOI at 5,200 g-cm2 which is the largest resistance to twisting measurement of any driver they have ever made.

The head’s frame is the Rebound design the company says give alternating areas of stiffness and flexibility which increases the swing energy imparted to the ball and therefore producing added yards. Also, as a counterbalance to the head there is an 8-gram weight under the Golf Pride grip.

For those needing an anti-slice driver the DRAW model has a closed face and all three Launcher XL can be built in an Accuracy version with an inch shorter shaft with the counterbalance weight excluded.

“The Launcher XL drivers hit the ball long and straight – plain and simple,” said Jeff Brunski, Vice President of Research. “This is the most forgiving driver line we’ve ever made. More than anything, you’re going to see straighter drives more often. We’re introducing a standard model with adjustable loft and lie settings, a lite model that’s longer and faster, and a draw model that corrects for a slice. There’s something for all game improvement players with Launcher XL.”