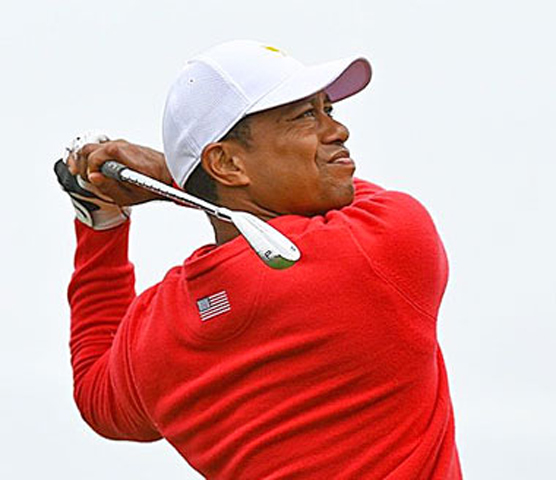 Tiger’s Season
At 43 with a much-repaired body Tiger Woods won his fifth Masters and 15th major championship leaving the cream of the current stars in his wake. Then, deciding to not play as much as he did in 2018, teed it up just six times in the 20 post-Masters events of the 2018-2019 season. The results were lackluster and included just one top 10 with two missed cuts and one withdrawal. After another surgery—this time a knee–Woods showed he still has what it takes with a win at the Zozo Championship, his 82nd on the PGA Tour which ties Sam Snead for the greatest number all time. Finally, to cap off the year he led our Presidents Cup team as playing captain to a two-point comeback victory over the Internationals. It’s apparent the possibility Woods will tie or surpass Nicklaus’ record of 18 majors is better than ever.

USGA Triple Bogey
Particularly among elite players the USGA’s implementation of the changes to the Rules of Golf was not smoothly accomplished. Among other things many players calling the revised ball drop procedure from knee height just plain silly. Even allowing the flagstick to remain in while putting, promoted as a way to speed play, showed a lack of understanding and ineptness or possibly arrogance. The Association admitted no testing was done about what happens when a ball hits the flagstick and that they had not read the 1990 published research of putting guru Dave Pelz. His data conclusively showed a ball hitting the flagstick had a higher chance to go in and as importantly striking the flagstick meant the ball wouldn’t go by as far so there would be fewer three putts. The USGA also said they had not considered whether taking the pin out for one player then having to replace it for the next and maybe taking it out for the next, etc., would affect the pace of play which of course it does.

Tour Schedule Changed
It’s too soon to tell if condensing the Tour schedule to finish in August before fans attention is focused on the NFL was a good thing. There are some difficulties to be addressed not the least of which is the possibility the major-a-month from April through July after The Players in March is hurting these events. The question of adequate preparation time plus additional stress on the top players schedules is still not resolved. Most likely it’s something players just need to get used to and as with many things any change has its detractors. However, the absence of an event over the summer-ending Labor Day weekend does seem to be something that should be remedied and a cynic might point out that since no less than Jack Nicklaus has spoken out saying he wasn’t in favor of the new schedule modifications are on the way.

Pebble Beach
What turned out thankfully to be a non-story was the 2019 U.S. Open at Pebble Beach conducted by the USGA without a rules controversy nor course conditioning fiasco. Critics had been salivating to launch even sharper invective should there be a repeat of the course preparation mistakes at Shinnecock Hills in 2018, Erin Hills in 2017 and Chambers Bay in 2015. True the Monterrey Peninsula weather was favorable all week but John Bodenhamer, who took over course setup from USGA CEO Mike Davis, didn’t seem to have the same relentless “par-must-be-protected” mindset that gave us unplayable conditions in three of the previous four national championships. Ideally the 2020 Open will put this issue behind us along with the unfair comparison of our nation’s championship to the final reel from “Caddy Shack”

LPGA Whan
LPGA Commissioner Michael Whan re-upping his contract for 10 years isn’t really the big story. The big story is how he has propelled the LPGA Tour from the troubled brand inherited from Caroline Bivens in 2010 to the powerhouse in women’s sports. Tour members benefit from Whan’s stewardship and now play 32 events (up 40%) for $70.2 million (up 70%) plus the richest payday in LPGA history, the $1.5 million to the winner of the season ending CME Group Tour Championship. Next on Whan’s agenda is convincing corporations to spend more of their marketing dollars on ladies’ golf and he may have a very good start since the LPGA Tour has contracted with the PGA Tour to negotiate its next TV deal. Also look for additional international expansion with the recent signing of an agreement to help the struggling Ladies European Tour.

Captain America
Patrick Reed has effectively forfeited the title by improving his line of play prior to a bunker shot at the Hero World Challenge and compounded the two-stroke offense with a non-apology that sent a few commentators and some on social media into a frenzy. “Cheater” echoed around Royal Melbourne at the Presidents Cup, but Reed withstood the abuse stoically and provided a crucial point to the U.S. win. On the other hand his caddie on Saturday shoved one of the hecklers which got him banned from toting on Sunday.

Augusta National Women’s Amateur
The Saturday before the beginning of the 2019 Masters provided a huge boost for women’s golf when the final round of the Augusta National Women’s Amateur took place over the same course where eight days later Tiger Woods would win his fifth Masters. As could be expected there were sour grapes comments from some moaning “it was about time” and other irrelevancies but these all miss the point. Augusta National again showed they are on the forefront of promoting amateur golf as reflected by the almost over the top enthusiasm from ANWA competitors not to mention the fans onsite and strong television viewership numbers.

The Amazing Koepka
Bruce Koepka continues to amaze us. He’s won four of the past 12 majors and shows every sign of continuing his dominant play into the new year. He is strong, focused and talented…a great combination of attributes. Fans like his straightforward approach, speaking his mind whether about slow play, course conditions or his desire to win. Next on his wish list has to be a Masters and a British Open but for now he will have to settle for his exposure in “The Body” issue of ESPN The Magazine and appearance in two of the network’s self-promotion ads. It’s still incredible that Koepka somehow lost out PGA Tour Player of the Year to Rory McIlroy, but he can console himself with his trophy as the PGA of America POY.

Slow Play
Pace of play has been a topic of discussion for as many years as golf has been played and it was again pushed to the forefront by the number one and number three ranked players in the world. Brooks Koepka and Rory McIlroy went public with their criticism of Bryson DeChambeau taking more than 2 minutes and 20 seconds to hit a putt. Over on the European Tour Edouard Molinari tweeted names of fellow player who are slow, and the Tour responded with a get-tough change in the rules. So far neither the PGA Tour nor USGA have seen fit to comment other than the whole thing is under study.

Solheim Cup
The European Team won the 2019 Solheim Cup at Gleneagles Resort in Scotland by a single point after Suzann Pettersen took down USA’s Marina Alex with a clutch putt on the 18th hole. Pettersen exhibited the grit needed for the win amongst all the drama and really great golf from both teams. Less admirable was the amount of time it took for the matches. Five-hour rounds were the norm and the defacto sanctioning of players snail’s pace behavior shows how out of touch the LPGA and Ladies European Tour organizers are with fans. PING, the company responsible for this exhibition of women’s golf named after company founder Karsten Solheim, could do all of golf a favor by insisting on quicker rounds…something radical like 3 to 3 ½ hours for singles and 4 hours for four players.