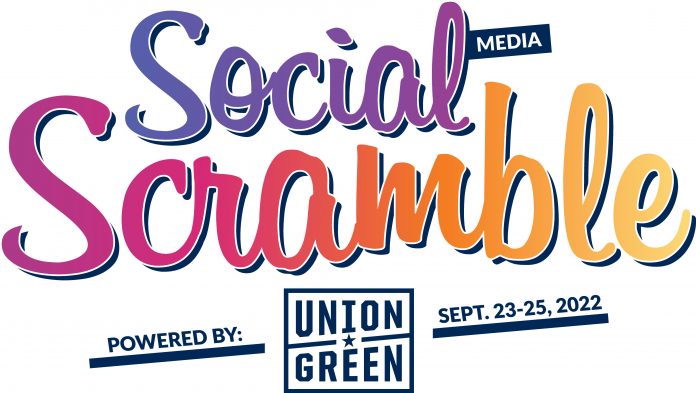 MYRTLE BEACH, S.C. – Union Green, a brand dedicated to uniting golfers of all skill levels and backgrounds, has been named title sponsor of the first annual Social Scramble, an event that will be hosted by PlayGolfMyrtleBeach.com.

Some of golf’s most popular social media influencers, including Paige Spiranac, who has more than 7.5 million followers, will be participating in the event, which will be held Sept. 23-25. A field of 24 social media stars will take part in the 36-hole tournament.

Union Green is a lifestyle golf brand selling affordable performance golf balls, hats, and other apparel in an effort to support golf at the local level, particularly municipal and public courses. Union Green is committed to designing locally inspired gear as well as exceptional-quality golf products that allows players to feel comfortable in their own skin both on and off the course.

As part of the sponsorship, the event will be named the Union Green Social Scramble and there will be on-course activation space provided each day. Union Green will also be the exclusive golf ball of the tournament and it will supply balls, hats and apparel for player gift bags.

“Union Green, with its emphasis on growing the game at the grass roots level, is the perfect partner for the Social Scramble,” said tournament director Scott Tomasello. “We want to attract passionate golfers who consume the game through what were once thought to be unconventional channels to Myrtle Beach, and with Union Green’s help, we believe this event will be a great first step.”

“Our goal is simple, to make golf more approachable and accessible to everyone.” said Union Green brand representative Meredith Moors. “This scramble is a perfect way to bring players and golf lovers together from all over the country to have a great time both on and off the course playing a game that has the power to unite us all. We are thrilled to be the title sponsor and infuse fun into every aspect of the event. See you on the green!”

The Social Scramble will tee-off with a pairings party that includes a buffet dinner and open bar on September 23, followed by golf at Grande Dunes Resort Course and Pine Lakes Country Club, two of Myrtle Beach’s most prominent facilities.

Registration for the event, which is $5,000 per foursome, is open to the public. Entry deadline is August 1 or when tournament entries reach 24 teams.

For more information or to register for the event, visit SocialScramble.net.

In addition to the pairings party, where golfers will be able to select the social media influencers they play with, entry into the event will include a gift bag valued at more than $300 and open beverage cart during play.

Among the stars who have committed to join Spiranac at the event, are former collegiate golfer and fitness influencer Michelle Rodriguez, instructor Colin McCarthy, and Mei Brennan.

The chance to play Grande Dunes, a layout that has been ranked among the nation’s top 100 public courses, and Pine Lakes, known affectionately as the “Granddaddy,” certainly enhances the event’s appeal.

A Roger Rulewich design, Grande Dunes, which is undergoing a greens, bunker and clubhouse renovation project this summer, features five holes that play along the Intracoastal Waterway, making it one of the area’s most scenic layouts. Myrtle Beach’s first golf course, Pine Lakes was the birthplace of Sports Illustrated, and the classic design underwent its own greens and bunker renovation project in 2021.

The Charlie Rymer Golf Show To Air On ESPN2; Episode 1 Will Debut On June 5