Home Golf Apparel Psycho Bunny – The Logo Says It All

I’d be willing to bet that most golfers – or living, breathing Americans for that matter – are not familiar with the brand Psycho Bunny. That’s understandable; for the most part it’s a brand that has been flying happily under the radar since 2005, when co-founders Robert Godley and Robert Goldman started the company.

That’s not to say that Psycho Bunny isn’t looking for more market share; after all, who isn’t? Oh sure, they have a loyal customer base and the numbers grow each year – primarily by word of mouth – but maybe it’s time branch out. Golf Bunny maybe? The iconic long-eared varmint atop crossed golf clubs? Anyone?

Psycho Bunny got its start producing high quality neckties that pushed the envelope. It was here that the logo was introduced – a signature long-eared, crossbones – perched rabbit that is easy to identify. There’s really no mistaking it. In 2005, their first collection of handmade silk neckties was introduced to the fashion world. Soon, the duo’s hip and eclectic designs earned a loyal discipleship around the world. Today, Psycho Bunny is a distinctive lifestyle collection for individuals whose independent, active sensibilities promote living life to the fullest.

To understand Psycho Bunny, you have to get to know the guiding forces behind the company. Co-founder Robert Godley provides the English influence and has been involved in creating high-quality fashions since the age of eighteen. Godley grew up in Whistable, Kent, UK, and for six years worked for renowned silkscreen printer David Evans and Co. This led to design careers at high-profile fashion companies such as shirt maker Turnbull & Asser, Drakes of London and finally Ralph Lauren.

After designing a tie for Ralph Lauren that incorporated the skull and crossbones design, Godley had an idea. During a meeting with a friend, he sketched the logo on a napkin and the iconic Psycho Bunny logo was born. Godley then set about to turn the neckwear industry on its head – his new look had become all the rage. Soon after, Godley followed his dream and began producing his own line of creative concepts and designs along with partner Robert Goldman.

Psycho Bunny’s other co-founder, Robert Goldman, grew up in New York and was born into a family of renowned necktie makers. Goldman spent years learning the trade and working hands-on at the family business that had been established by generations before him. Goldman took his knack for combining fashion and business, partnered with Godley, and in 2005, the world said hello to Psycho Bunny.

The world of neckties had been fairly straightforward since its beginning. Everyone knows the ascot and the bow tie, the four-in-hand and Windsor, the plaids, paisleys and presidential power ties. Psycho Bunny added a different flavor.

After conquering the necktie industry and developing a cult-like following, Psycho Bunny began to branch out. Throughout the years, the two Roberts have been able to develop a classic yet unique selection of men’s clothing and accessories while staying true to its philosophy of creating the highest-quality garments. Psycho Bunny puts honesty back in fashion. In addition to polos, the company offers under garments, cashmere sweaters, oxford shirts, tee-shirts, hats, caps and scarves. There are also a few accessories available such as cufflinks, wallets and pocket squares; just in case you’re searching for that Thurston Howell III look.

To ensure that each garment measures up to Psycho Bunny’s quality standards, the company conducts extensive research and regularly visits each mill and factory personally. By doing this, they can guarantee that each mill is producing the product best suited for their production capabilities while at the same time producing consistently impeccable results. After all, Psycho Bunny is all about quality.

Technically, Psycho Bunny doesn’t offer women’s wear unless you take into account the European sizing system. Shirt sizing runs from 2 (US equivalent to 2XS) up to size 9 (XXXL), so some of the ladies may fit into the smaller sizes. I found that an 8 fit me perfectly – that’s the equivalent of a European XXL. I usually where an XL. Suffice it to say a XXL at Harvey’s Big and Tall is substantially larger than a Psycho Bunny size 8, so it’s not a bad idea to talk to someone at the company when you place your order.

As I mentioned before, the quality of these garments is second to none. Each polo is made of 100% Pima cotton, an extra-long staple cotton that is highly regarded for its silky texture, long-lasting wear and soft feel. The taped seams and signature side vents ensure a stylish, athletic fit, while the mother-of-pearl buttons and immaculately embroidered logo add a nice touch to a well-finished garment.

The fit is ample enough to complete a golf swing without any pinching or binding; it’s trim, not slim. Because of the materials used to create this garment, Psycho Bunny guarantees that over time it will maintain its shape, wash after wash.

Psycho Bunny polos can be purchased on Amazon.com and Nordstrom.com or through their website, www.psychobunny.com. Here you can see all the company has to offer. Set yourself apart and have everyone asking: what’s that logo all about? 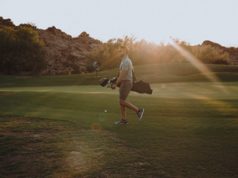 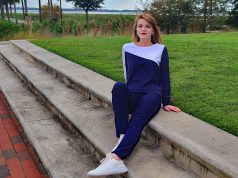 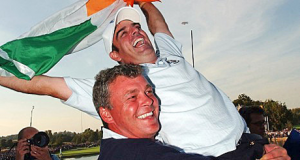