Torrey Pines North Reopens After Getting Teched Up

Former PGA Tour star Tom Weiskopf had a gleam in his eye this past Monday morning. In La Jolla, Calif., he was showcasing his latest project — a redesign of the very popular Torrey Pines North Golf Course — to a group of golf journalists.

The 74-year-old is now a full-time course architect, and was hired to complete a $12.6 million renovation to the 1957 Billy Bell layout. He said he first spent hours just sitting in a cart on the course, watching how amateurs played various holes. He wanted to see where they hit their tee shots, where they tended to miss fairways, how they putted the greens, and where the course bottlenecks slowed down play. His goal was to maintain the course’s player-friendly feel yet upgrade the entire complex and increase the pace of play.

Part of that enhancement involved revamping the greens with all-new bent grass, adding terrain, and boosting the average green size by 20 percent. But in order to bring the greens into modern times involved some sophisticated irrigation systems.

“Everything we used to build here is 21st Century technology — the best way to grow grass,” Weiskopf tells me, as he was explaining what lies underneath every green on the North Course. “Around the perimeter of each green is a SubAir system. That was a tremendous addition to this golf course because it can control the moisture content. It’s like a thermometer that reads the temperature of the sand under the green and the humidity, and the greenskeepers can use the system to help dry the greens out quicker if they have a real heavy rain for a day or two. The SubAir can pull that moisture out of that green so it dries it out and golfers can be out there playing quicker. It also helps grow better turf. It’s a very expensive addition.”

The SubAir system — which has also been installed at such courses at Augusta National, TPC Sawgrass, Congressional Country Club and some 500 other top courses — essentially controls air and water flow underneath the green. It also allows course operators to blow air up through the green profile, to help cool down the soil in the greens during the summer’s hot weather. And it can extend the life of the green while helping to minimize turf disease.

It’s technology like this that will preserve the beauty and playability of golf courses, which by the way typically need completely updated irrigation systems every 15 or 20 years. But technology like the SubAir system may make course upgrades less frequent. “Everything we did in the redesign of Torrey North was to bring it up to current standards,” says Weiskopf. “It’s now a top-of-the-line golf course.”

The course — long a favorite of locals, perhaps even favored over the more-popular Torrey Pines South Course that it shares the property with — housed a military base and a race track long before the property was transformed into a golf course. Weiskopf said his team came across concrete from the track while digging up the grass during the renovation, as well as sinks, 55-gallon drums, and even ancient artifacts. 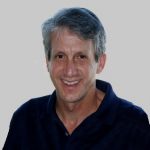 Scott Kramer
Scott Kramer is veteran, Southern California-based writer primarily versed in golf and personal technology. Studying Computer Sciences in college, and then working as a programmer/software engineer for about a decade, triggered my passion for today’s high-end, high-tech gadgets. I can’t help myself whenever I see any kind of cool new personal technology. I feel compelled to further check it out and see what it’s all about. And even if I have no use for it personally, I’m always thinking who it might best suit. There are exciting new innovations emerging daily that are shaping the future and simplifying life. And I hope to be your eyes to that world, through the words of this column.
RELATED ARTICLES
Courses and Travel

Savannah Quarters – Live the Lifestyle You Always Wanted on the...