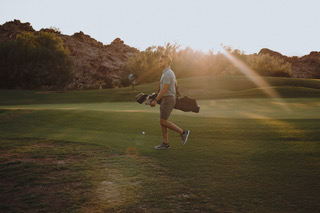 A handful of apparel brands in golf have a true cult following. Sure, plenty of them have followers, loyalists and even fanatics. But there are a select few companies out there for which golfers actually swear by their gear and will wear nothing else.

TRUE Linkswear, based in Tacoma, Wash., is one such brand. All it takes is one visit to the website to understand golfers’ depth of love for TRUE’s artfully-engineered shoes. The five-star reviews are legion – and lengthy – and it’s not uncommon for golfers to gobble up limited releases in a matter of hours. 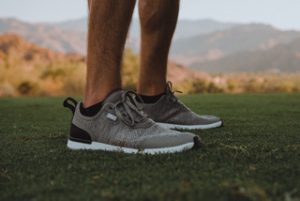 Founders Jason and Ryan Moore love walking golf, and they love doing so in their native, rain-soaked Pacific Northwest. Ryan, who’s played on the PGA TOUR since 2005, would always end up with soar (or wet) feet when walking the courses throughout the nearly year-long season.

He and Jason were approached by a group of investors in 2009 about launching a golf show company with a focus on performance, first, and style a close second. The result (following a few rounds of coffee and Guinness, as the story goes) was the launch of TRUE Linkswear. A few years ago, the brothers took back control of TRUE and pivoted to a consumer-direct business model, selling shoes from the website.

Since then, TRUE has just been absolutely nailing the casual performance category while remaining true (no pun intended) to those to prefer to walk the game. The company doesn’t get the big budget media hype like Puma, Adidas and FootJoy, but it has “street cred” among avid golfers, similar to ECCO. 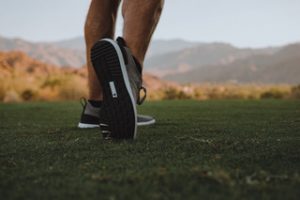 Among soft goods aficionados, TRUE’s Lux line was one of the most anticipated shoe launches at the 2020 PGA Merchandise Show in Orlando (2021 was virtual). The Lux Knit line looks sleek but still boasts the oversized, comfy toe box that TRUE is known for. And as with all TRUE shoes, the Lux Knit come with a two-year water-proof guarantee.

The new WANDERLUX midsole technology offers superior rebound, energy return and durability that kicks the entire experience up a notch. TRUE has also added a new WANDERLUX interior featuring a snug, padded heel cup and all new super foam insert. There are premium leather accents and welting, and a 6-millimeter transitional drop isn’t quite as “minimal” as TRUE’s zero-drop offerings.

We test drove the Lux Knit right out of the reusable shoe bag and walked 72 holes in them over the course of two weeks. They require virtually no break-in period whatsoever, a TRUE trademark from the moment it hit the market more than a decade ago. The tour-tested spikeless rubber tread is phenomenal all offers all the traction needed to traverse any golf course surface.

While the OG Feel will remains our personal favorite, the Lux Knit is a close second, and wears much better off the course, where a pair can easily transition to a post-round night out or an afternoon in the office. Lux Knit retails for $185 and is offered in Player Black, Timeless Grey and Heathered Navy.