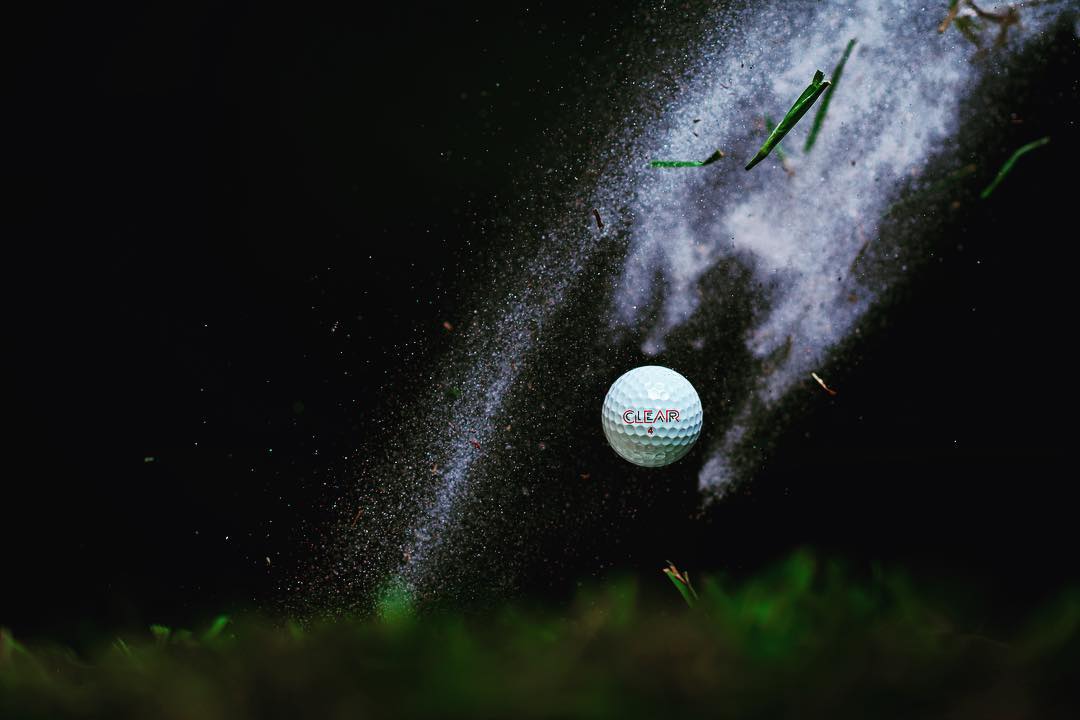 ClearSports, headquartered in Boca Raton, Florida is pleased to announce the highly-anticipated release of its next generation balls. These new golf balls are an updated version of the original Clear ball, improving on the already revolutionary technology that makes them so effective. The highly exclusive ClearSports golf balls are a favorite among celebrities and business leaders, as the brand became known for its commitment to producing its balls using the best quality materials on the market, regardless of price.
The Clear ball has been lauded by many as the best performing USGA conforming golf ball available today.
The two new balls, called “CS” for Controlled Spin and “ES” for Enhanced Spin, feature better shear resistance and continued improvements on Clear’s state-of-the-art premium cover with a modern look. The new logo featured on the ball was created by new ClearSports Chairman Ed Brown, and was unveiled on Fox Business News earlier this year. The announcement of the balls comes shortly after Brown retired from Patron Tequila where he oversaw an unprecedented growth and success of the premier luxury spirits brand, and joined the executive leadership of ClearSports.
Taking from his experience at Patron, Ed’s first initiative was to make the sale of Clear products available and largely beneficial to the Brand’s distributors. Clear seeks to disrupt the norm and provide the golf industry with an alternative ball to leverage against the competition that continues moving sales away from the pro shops. Clear is pleased to announce a new price for the balls at $68 per dozen. The new pricing is a result of Clear now offering its products in top pro-shops throughout the world. Interested golf professionals may contact Joel Smith to learn how to become a ClearSports VIP Pro Shop at Joel@Clear-Sports.com.
ClearSports is the new Title Sponsor of the Great Lakes Golf Tour(GLT) Order of Merit in Hamilton, Canada. The partnership makes Clear the official golf ball of the Ontario-based Tour, and marks ClearSports first official presence in Canada. The Order of Merit will now be named the ClearSports GLT Order of Merit presented by Roll Ready TM. As part of the sponsorship, GLT members will receive a dozen of the high quality Clear golf balls and funds will be allocated to the season ending purse for the Top 30.
“We are excited to name ClearSports as the newest partner of the Great Lakes Tour and honoured that we have become their first footprint in the International Golf Market,” GLT President JIm Kenesky commented. “The ball resonates quality at first touch and it performs beyond expectations during play. There are many options in the golf ball market, but I know the players that use the Clear ball will see immediate results. The durability, resistance in wind, soft feel around the greens and low spin off the driver will dramatically change anyone’s mind.”
ClearSports tagline is “Engineered for Perfection,” a nod to the brand’s dedication to fine quality and performance technology. Gary Singer, Founder & CEO of ClearSports notes of the balls, “there are many good quality golf balls available and for the vast majority of golfers those balls are fine. The golfers who use the Clear ball are not satisfied with merely good, but desire the very best.” Notables playing Clear include Paul O’Neill, Chris Lane, Jeremy Roenick, Tino Martinez, Ivan Lendl, Bob Riggle, Sterling Sharpe among others. The mission of ClearSports is to create the best performing sports equipment.
For more information, visit <a href=”http://www.Clear-Sports.com”>Clear-Sports.com</a> or follow ClearSports on Instagram, Facebook or Twitter.

David Daubert
David has been writing about golf since the turn of the century. He was Managing Editor at a regional golf magazine for 11 years, published in Canada, the IAGTO and a Staff Writer for The Georgia Golf Trail. His insightful perspective brings golf to life.