USGA Shoots Themselves in the Foot…Again 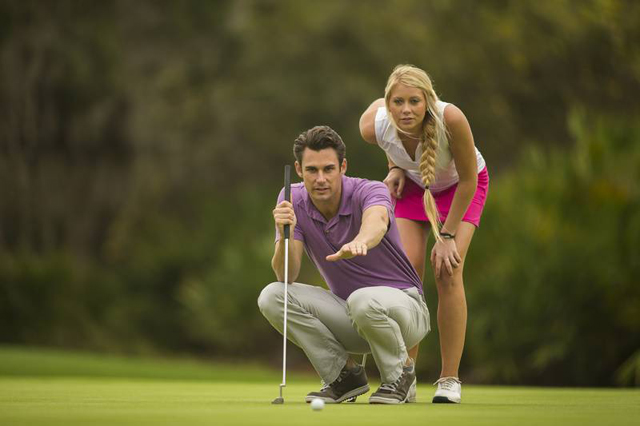 USGA has again taken a position that gives the impression they like embarrassing themselves and enforcing the feeling of many the organization is irrelevant to golf in the real world.

The latest is the announcement by the USGA (and R&A) citing they “are proposing regulations regarding the use of green-reading materials, reaffirming the need for a player to read greens based on their own judgment, skill and ability. Following a six-week period of feedback and consultation with interested parties that begins today, the regulations will be finalized in a published “interpretation” of Rule 4.3 (Use of Equipment) and adopted Jan. 1, 2019, when golf’s new rules take effect.”

A couple of points seem appropriate—why are they asking for feedback if the new rule will be in effect next year? It appears the decision has been made so why bother soliciting comments other than for the sake of appearances?

The USGA’s stipulation today’s green reading books give an advantage to players doesn’t hold up. Green reading books of the type the USGA is banning are used almost exclusively by elite players and most commonly on the professional tours. The simple fact the putting average on the PGA Tour for the past 15 years has actually gone up didn’t appear to have made a difference to what was assumedly an already formed opinion. PGA Tour stats show the average putts per round in 2002 was 29.09 and this season is 29.15. Of course, the minuscule increase is statistical noise but if Tour players are gaining such a large advantage and the green reading books means less skill is needed why doesn’t it show in the results?

Referring to the press announcement again, “Both the USGA and The R&A are committed to the position that a player’s ability to read their line of play on the putting green is an essential skill that should be retained,” said Thomas Pagel, Senior Director, Rules of Golf and Amateur Status for the USGA. “The focus of the interpretation is to develop an approach that is both effective and enforceable.”

The answer to the question of why average putts per round have not plummeted is not addressed which opens speculation of what the USGA ‘s real agenda might be and equally important the Association’s relevance to golf in general and the recreational golfer. Enforcement is another question and raises the specter of local tournament committees being in the position of arbitrating the proper numbers, marks, colors and arrows. Really?

This new rule is another in a long list of changes that apply mostly to the game as played by less than 1% of golfers…the elites. Should for example the PGA Tour, whose slogan until recently was “These Guys Are Good,” believe the topographical slope maps included in green reading books are not appropriate they should ban them.

The USGA has had similar “shoot themselves in the foot” embarrassments with other issues including “square grooves”, solid core golf balls, clubface rebound, anchored putting and their as yet unfulfilled goal of rolling back golf ball distance. They seem to make rules with little regard for 99% of golfers only on their view of the elite few.

It’s a wonder average players can see the USGA as having even a little relevance to the game.

Why Not Just Give Everyone a Trophy?