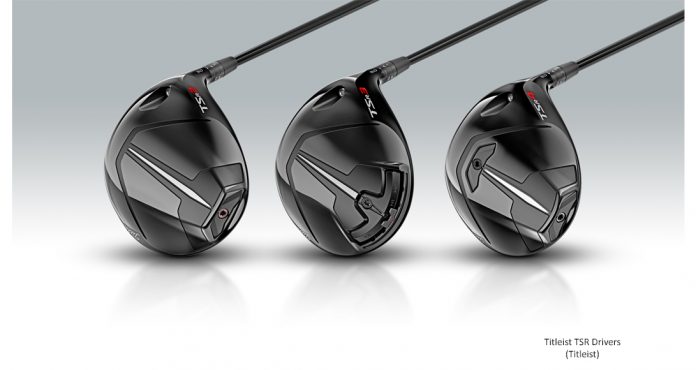 Following on the 2019 TS model and the 2021 TSi model the newest drivers from Titleist are the TSR2, TSR3 and TSR4 with improved aerodynamics featuring a “boat tail” trailing edge for less drag on downswing.

WYNTK
The new TSRs debuted the last week in June at the PGA Tour Travelers Championship and the TSR3 quickly was adopted by the greatest number of players on Tour, finishing the year as the most played driver.

The designation TSR is no secret, “Titleist Speed Redefined,” and they have a couple of features that are very interesting. First is the extension of the crown to the rear, a so-called “boat tail” which and performs two functions. It creates a more even air flow over the clubhead on the downswing not unlike a rear spoiler on an automobile while providing a low drag location to place the rear weights each TSR model has.

The newly design variable thickness face interior of the TSR2 and TSR4 is built inward in discrete layers to produce similar rebound characteristics over the entire surface, an aid to those of us that don’t always hit the center of the face every swing. The TSR3 since it is targeted for those players who do tend to have impact in the center most of the time has a different design face, a Speed Ring, which gives the maximum rebound allowed in the face sweet spot. As we know the better the impact the better the ball speed and better the distance.

Note the $599 price is a $50 increase over the preceding TSi models and as of now Titleist’s driver stable still contains the ultralight TSi1 driver from 2021 for slower swing speed players.

Stephanie Luttrell, Director, Metalwood Development was quoted in the announcement, “Titleist TSR represents the deepest, most complete, and most validated understanding of the tee shot ever held within our walls. Every aspect of impact has been considered, constructed and optimized in service of our singular desire to produce more playable distance from every swing. New TSR drivers take everything that made TSi the most played driver on the PGA Tour and pack even more performance into every head. From new face technologies to CG improvements and aerodynamic refinements, TSR helps the golfer unlock more speed.”